Named simply because it was west of the town; in 1807 the grounds of West Parade were described as follows: -

The Hull Advertiser had advertisements for “building land” in West Parade in its edition of 16 February 1808, which suggests the street had been laid-out by then. The houses in the street were of the detached Villa type, all situated on the east side of the street, and of considerable size. Each sat within their own grounds facing west across an area of open land, planted with trees. The importance of the street, and the fashionable suburb that was developing around it along Anlaby Road, was highlighted when in 1831, it received some of the first street lighting in Hull: -

“GAS LIGHT - We have the pleasure to inform the population inhabiting each side of the Anlaby-road, from Ocean-place to the West-parade, that the commissioners have given orders for laying gas mains the whole of that distance. It is calculated that in the whole there will be fourteen lamps. The residents in West-parade will also have the power of accommodating themselves with light by pipes from the mains.”

West Parade developed into a very grand thoroughfare, with some notable residents and high class housing, although it was not without its problems; the Hull Advertiser reported “defective drains” in West Parade in its edition of 31 May 1833. By 1848 West Parade had extended north, beyond the railway to meet Spring Bank, where its northern end is still marked by the Tap & Spile pub. Only a handful of properties were ever built in West Parade; in 1846 there were only six houses, seven houses by the 1861 Census, and eight by 1899. They included one of the biggest houses in the area, West Parade House, situated at the north end, and was home to many Hull merchants and dignitaries (including Sir William Alfred Gelder). Amongst the other houses were Curre House, Walton House, Northumberland House and Murrayfield House, all listed in various census returns during the period. A sketch of West Parade was made in 1877, by Danish Consul and talented artist Clements Good; his sketch shows his own house (at No.2 West Parade) and clearly shows the standard of the buildings, many of which would not have looked out of place in Kensington or Knightsbridge.

West Parade retained its exclusive character throughout, and by 1928 the eight original houses were the only ones in the street; all situated on the east side they were mostly unoccupied. They faced west, looking out across the open land, which also survived redevelopment. Nos. 5 and 6 West Parade, designed by architect William Botterill (who occupied No.6 in the 1870s and 1880s), were latterly used as a social club; sadly these too were demolished in April 1985, as part of the ongoing destruction of the area following compulsory purchase orders from the council. West Parade no longer has an entry from Anlaby Road, although its alignment can still be discerned.

Between 1842 and 1848, land immediately west of the open grassland that faced the West Parade houses, was laid out as gardens. Approximately 40 individual plots were divided up, on land owned formerly by Henry Sykes Esq. These were shown on the later 1852 Ordnance Survey plans as gardens, or some type of allotments; later plans show them each to have summerhouses or greenhouses. The plots were laid out running off a central path, running north from Anlaby Road; this was named as Cremorne Gardens in an 1858 trade directory.

As more property was built along the road, and new streets developed, the garden plots were soon lost to redevelopment. A new street was laid out, marking the line of the former garden path; this was to be Lansdowne Street. A small terrace, fronting Anlaby Road, linked the new street with the grasslands opposite West Parade. The terrace was called West Parade Terrace, and consisted of three adjoining houses; the largest was situated at the corner of the new street, and called Lansdowne House. Built c.1861, it was a large house of five-bays, and three-storeys high, later numbered No.178 Anlaby Road. From c.1915 it was used as a boarding house, and later became The Lansdowne Hotel, and later Musgrave’s Residential and Commercial Hotel, which it remained until the late 1940s. From the late 1960s, following the construction of the Hull Royal Infirmary, Lansdowne House was used as a Nurses Home, which it remained until being damaged by fire around 1976, and was subsequently demolished. 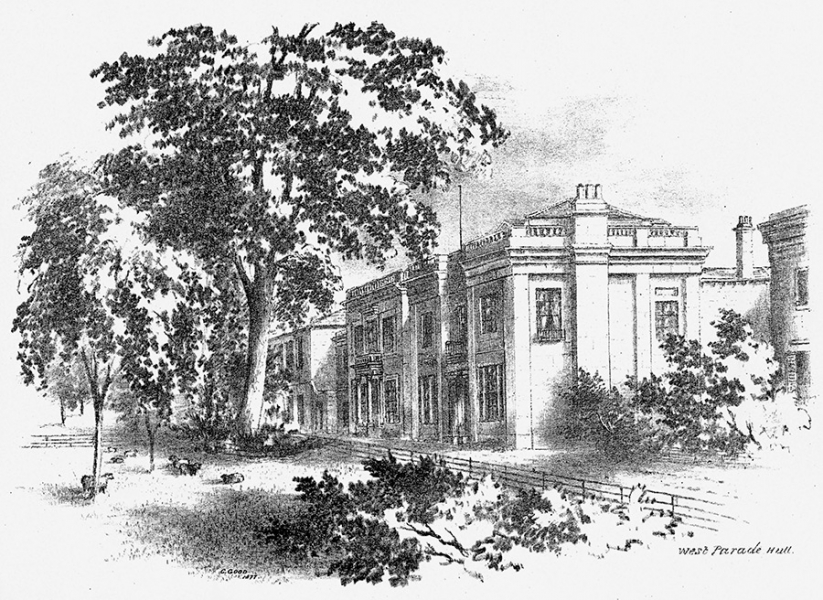 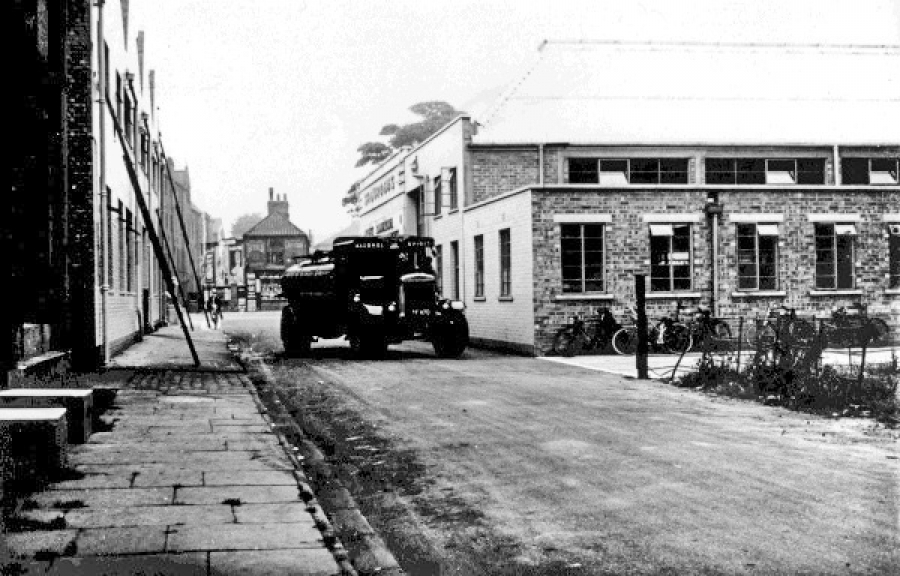