Walliker Street was named in honour of a well-respected Hull Post Master, Samuel Walliker (born 1822) who’s home Ashburnham House fronted the Anlaby Road at the corner of St George’s Road. Samuel Walliker was postmaster in Hull from 1863 until 1881, and although the street is not mentioned in the 1881 Census it was laid-out by 1882, when buildings plans show property being completed in the new street. The west side was complete by 1888, the east side being undeveloped and still occupied by Maiden Hill Farm at that date. Running off the east side of Walliker Street is the small Carnegie Street, built on the site of several houses and gardens to provide a link via Perry Street to the stretch of Anlaby Road that was left isolated following the contruction of the railway flyover/viaduct in 1965.

Beyond Walliker Street Newington Villas continues the long line of terraced property running along the Anlaby Road frontage. The rather grand name applied to a single line of property built c.1874, leading to the corner of Granville Street, and were constructed as two storey shops, with accommodation above (including attic rooms), as part of the Walliker Street and Granville Street development completed in the early 1880s. 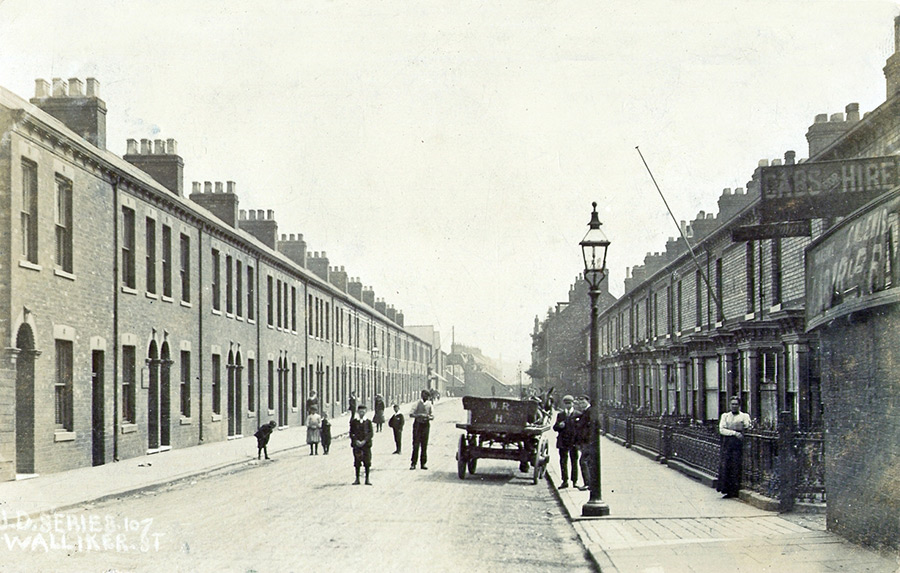