South Parade was laid out shortly after West Parade, which had stood on the north side of Anlaby Road since c.1807. The southernmost end is shown as South Parade on some maps, but its Anlaby Road end was originally known as Elm Tree Lane and later Keddey’s Terrace. Keddey’s Terrace ran through grounds owned by wealthy merchant and shipping agent Robert Keddey, who lived in Myton House, the grounds of which later became the site of the Convent of The Sisters of Mercy (see Convent Lane).

Myton house was adjoined by a long stretch of gardens, which ran south to the end of Staniforth Place, a street on the Hessle Road. During the first half of the 19th Century this whole area between the Anlaby Road and the Hessle Road was predominantly gardens (shown clearly on maps of 1835 and 1842). Often the lanes, or “Parades”, through the gardens would link via a “halfpenny hatch”; small gates from one owners land to another, where an entry fee was charged. Such an entrance was made at the bottom of South Parade to link it with Staniforth Place, as the Hull Rockingham newspaper reported on 21 August 1830 (page 5): -

“HALFPENNY HATCH. - A foot road has been opened from the Anlaby to the Hessle road, through Keddey’s Terrace and Staniforth Place”.

As Hull expanded to the west the gardens were soon built upon as the demand for new housing increased. A later article in the Advertiser of 18 April 1845 reported details: -

“TO BE SOLD BY PRIVATE CONTRACT, a Plot of BUILDING GROUND, now occupied as Gardens, being in KEDDEY’S TERRACE, or SOUTH PARADE, on the Anlaby-Road, and nearly opposite the Elm Tree House, comprising about 1,000 Square Yards. Part or the whole of the Purchase money may remain on Security of the Property for 8 or more years. For further particulars apply to Mr. Wm. Foster, Brewer, Vincent-Street, Hull."

South Parade was often known locally as Nunnery Lane, no doubt due to its close proximity to the Convent situated on the land between South Parade and Convent Lane. All traces of South Parade have gone, having been demolished in the late 1950s and early 1960s redevelopment of the area.

The land between South Parade and Convent Lane was first occupied by a large, detached private house, with extensive gardens adjoining the Anlaby Road known as Myton House; this was the home of Robert Keddey, shipping agent and merchant, and subsequently John Malam Esq, a former sheriff of Hull. The Hull Packet advertisement shown below and dated 25 September 1857, refers to the purchase of the house and grounds and the proposed establishment of a Roman Catholic Convent & School of the Sisters of Mercy on the Anlaby Road: -

“THE FIRST CONVENT IN HULL - A contemporary announces, apparently on authority, that the extensive house and grounds, Myton Hall, Anlaby-road, in this borough built by the late Robert Keddey, Esq. and which was afterwards the property of John Malam, Esq., some years ago sheriff of Hull, has been purchased by the Roman Catholics, to be converted into a convent, and that a school is to be opened therein as early as possible, “to meet the educational requirements of the districts.”

“This charitable institution in connection with the Catholics of Hull, was founded here in 1857, and is an affiliation from the Convent of Mercy in Bagot Street, Dublin. The house and grounds were purchased of Mr Malam (who bought them from the late Mr Keddy) for the sum of £3,800, which sum was chiefly raised by subscription. The stables and coach-houses were converted into schools for the poor girls of the Jarratt Street congregation – about 200 of whom attend”.

The building registers mention works in progress at the “new Convent of Mercy” in 1872. The convent was later rebuilt to the designs of architect G A Goldie, of London, in 1874. Historian and writer Edmund Wrigglesworth noted in 1890: -

“The order to which this convent is affiliated is a religious congregation of ladies, who devote themselves to the exercise of all good works, spiritual and corporal, and has about 600 houses, chiefly in the British Dominions and the United States of America. The house here has so much educational work that the sisters in it can do little more than visit and relieve the sick poor weekly. They contemplate establishing homes for girls of good character, and for penitents, as soon as they have the neces-sary means of doing so. The convent, which was erected about 1874, is a large and substantial edifice, of red brick, with stone dressings, three storeys in height. The front ele-vation presents in the centre a large block of building, with three tiers of six windows each; at the east angle is a tower, and at the west a gable, beneath which is a stone niche. The architecture is Gothic, and the appearance of the building denotes its use. There is a handsome chapel, the Sanctuary of which is richly adorned. In the rear are schools for the accommodation of 600 girls and infants of the elementary class, and 40 select pupils are taught in another portion of the building, All the pupil teachers employed both here and in the other schools under the care of the sisters, reside here. The number of children under their care is about 1,500. There are branch houses subject to this Convent at Beverley, Whitby, and North Ormsby, near Middlesbrough” (sic).

The convent closed in 1931, and moved to new premises in Southcoates Lane, where it remains to the present day. St. Joseph’s Roman Catholic School was built in South Parade c.1859, by the Convent of Mercy, and replaced the girls department of St Charles school. Taught by the Sisters of the Convent, it had 666 places for girls and infants by 1897, but these were later reduced to 531 (335 girls and 196 infants). The average attendance was 272 in 1938. The building was destroyed by bombs in 1941 and the school formally closed in 1945. St Mary’s Grammar school was established in South Parade in 1905, by the Sisters of Mercy next to their convent in Anlaby Road, partly as a pupil-teacher centre, but conducted as a “recognized” secondary school after 1906. There were 127 girls in 1913, 382 in 1936. Following air-raid destruction of its premises in 1941 the school occupied huts at Endsleigh Training College until 1960, when a new building was erected in Inglemire Lane. The old convent and school buildings were severely damaged during bombing during World War Two, but not demolished until 1954. 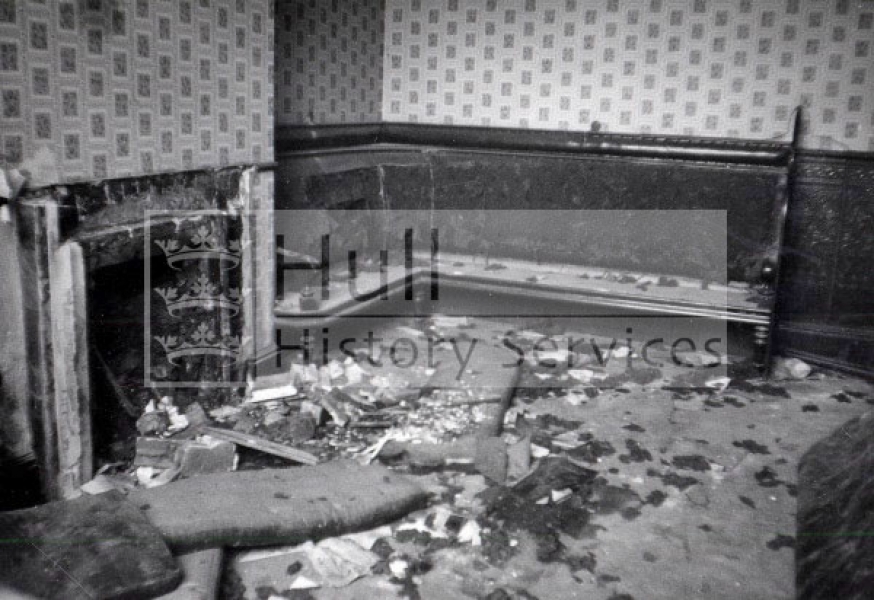 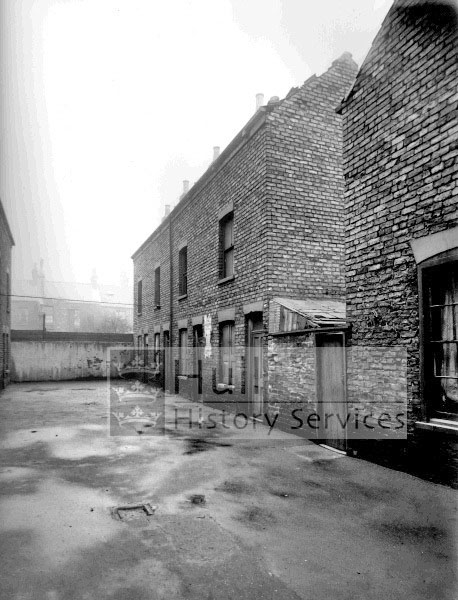