This street was probably named after the favourite royal estate of Sandringham, as larger houses on Anlaby Road near this point had similar aristocratic names, e.g. Chatsworth House home of the Scaife family. Its name first appears in the trade directories in the late 1870s, and by 1879 it was fully occupied. The street was tree-lined, and in comparison to the smaller streets to its east, the houses were of a better quality with front and rear gardens. This may suggest that it was developed as one project, along with St George’s Road, and the grander houses facing Anlaby Road at this point.

The block of property between Sandringham Street and St George’s Road was only half-built by the time of the 1889 Ordnance Survey plan, with three houses to the western side, at the corner of St George’s Road. These were built around 1872-74, and are listed individually in a trade directory of 1874/75 as Lyndhurst, Lynton Villa and Ashburnham, latterly 495, 497 and 499 Anlaby Road; Lynton and Lyndhurst survive. They were almost identical to Beechwood House and Clifton House, and had large formal gardens to the rear, which survive in part. The land east of the three houses at the corner of Sandringham, Street is shown empty on the 1889 Ordnance Survey plans. This was built-up later, between 1900 and 1904, and consisted of four purpose-built shops. The house at the corner of St George’s Road, Ashburnham House (latterly No.499), was occupied by postmaster Samuel Walliker (see Walliker Street) and later by a bank manager, an ironic twist, as it was later the site for a branch of the Hull Savings Bank; this stylish building was constructed in 1925, to the designs of the architect John Bilson, in the classical style.

More recently this building was used as various restaurants before being converted into a public house by Anchor Inns, known as The Three Crowns, opening in March 2003. The name “Three Crowns” refers to the former shield of the Hull Savings Bank, located on the building, and the Hull coat of arms, which shows what are in fact three coronets. 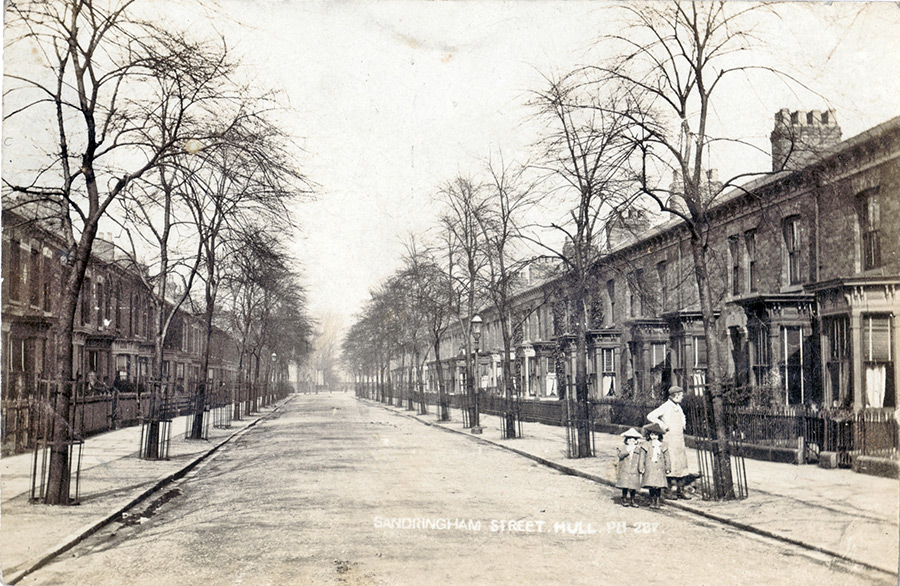