At the end of Stanley Terrace is the entrance to Ruskin Street, laid-out between 1892 and 1896, and built as part of the Stanley Terrace development. It was probably named after John Ruskin (1814 - 1900), who was a well-known social reformer of the time.

Stanley Terrace was extended beyond Ruskin Street from c.1892, with an extra 10 properties, leading to the corner of Perry Street. The surviving West Park Hotel was formed from four houses of this block. Another striking local landmark standing on the eastern corner of Perry Street was the West Park Picture Palace, which opened on 2 November 1914; the first film shown was “The Adventures of Miss Tomboy”. Seating 742, at various prices from 3d at the front, further back 6d, and on the balcony 9d, the cinema was extremely popular, and by 1958 prices had risen to 1s-6d, 2s-, and 2s-6d. The cinema closed just a year later, on 4 January 1959, re-opening under various guises including The Granada, which closed in 1985. It was later better known as The West Park Club, predominantly a snooker hall, closing again in 1989. Following extensive refurbishment, the former cinema and club re-opened by 1995, as The Steam Tavern public house. The building retains its striking classical façade, with colonnade to the upper storeys, supporting a pediment and has once again been refurbished to become The Premiere Bar. 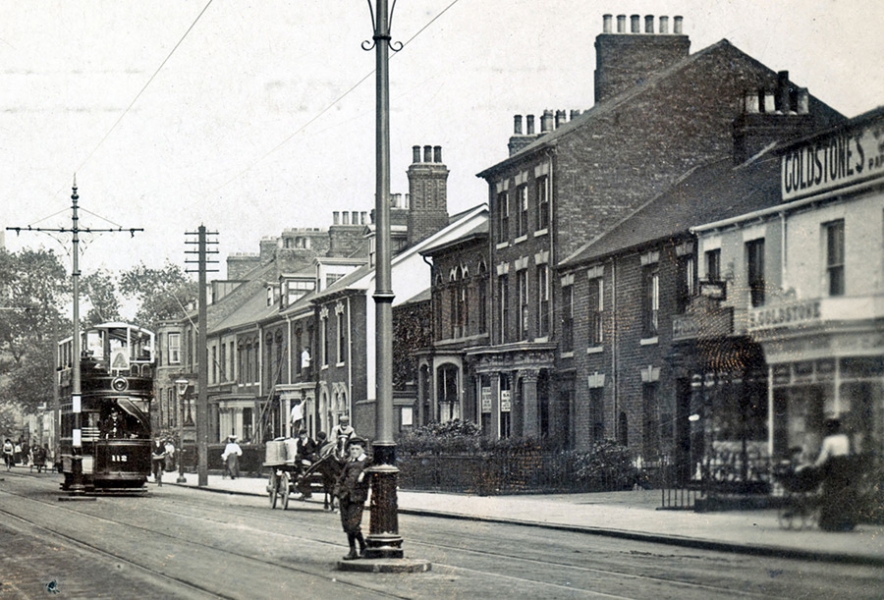