The line of Pickering Road follows a much older alignment, and is often as “Common East Road” or “Third Lane” on old plans of the area. The route was shown on the 1826 Ordnance Survey plan and was marked by name on a later 1852 plan. The lane ran south from the Anlaby Turnpike Road, to join the Hessle Turnpike Road, just west of the old Hessle Priory. During the development of the area in the 1920s the lane was re-named, as it became built upon, becoming Pickering Road in 1926, in honour of fishing magnate Christopher Pickering (1842-1920), who had donated land to the City of Hull in 1909 for the construction of Pickering Park, at the southern eextremity of the road, which was officially opened on 13 July 1911.

At the turn of the 20th Century the view west, from the corner of Third Lane (Pickering Road), would have been uninterrupted as far as the village of Anlaby in the distance. Only a few old farms and one large country residence, Spring Villa, had been built on this south side of the road. As the Edwardian era begun, several new projects were underway on the former farmlands, and as the new Hull suburbs grew steadily westwards, following the expansion of the city boundary in 1929, they began to envelop the few older established buildings in the area. 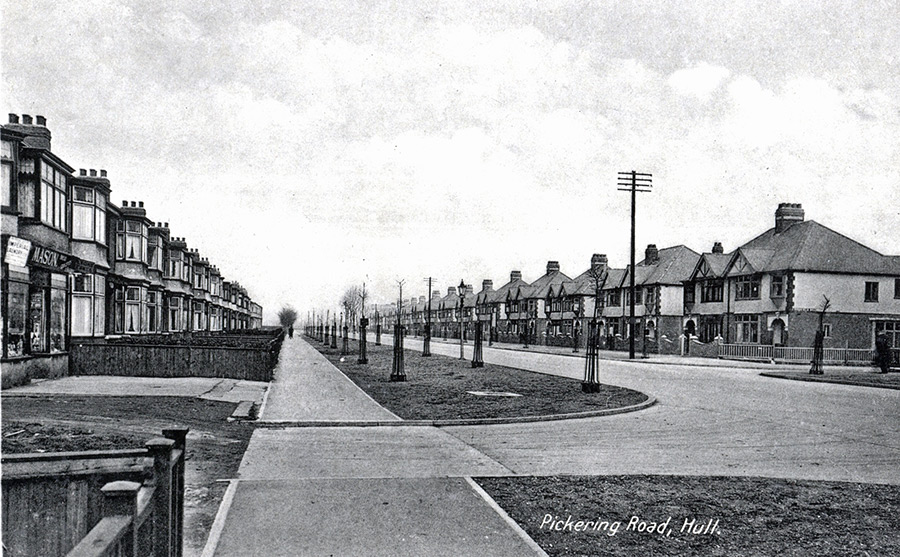