Park Street has been recorded by a series of names as it is actualy made up of independently named sections; the oldest alignment being the south end, entered from Anlaby Road. The alignment of Park Street is shown on the Enclosure Plan of Myton Carr in 1771; Cragg’s 1817 plan of Hull shows it as Pest House Lane, running north towards Spring Bank. A “Pest House” had been established at the south-east side of the old lane since at least 1576 , where people affected with the plague were isolated from the town. It was recorded in the town records of that year that “infected persons were removed to pest houses in Myton Carr”, and again in 1602. Early plans of Hull show a series of small buildings at a site on the south-east side of Pest House Lane, that may mark the site of the isolation cottages. Pesthouse Lane formed part of an old route stretching from the Humber Bank and the town gallows, via Pinfold Lane, Pesthouse Lane and north to Sculcoates and Cottingham. Anderson’s 1818 plan shows just one property, Johnson’s Ropery, on the east side of the street and it is clear from other early plans of the town that Pest House Lane stretched only as far as the Myton Carr Sewer. The Myton Carr Sewer ran west to east along the line of Londesborogh Street, and defined the northern extent of many of the streets on the north side of Anlaby Road. Beyond the old sewer a simple footpath ran north to join Spring Bank. The street had a poor reputation in the early 19th Century, when one writer noted: -

“at nightfall it was not fit for a woman to go along, and in winter time it required a man with a stout arm to traverse the distance between Anlaby Road and Spring Bank, which 20 years ago and less was as destitute of life and light after dark as the most destitute region in the world”.

North of the Myton Carr Sewer, the old lane remained empty until the north end was developed from Spring Bank. This was colloquially known as College Lane by 1837, as it ran alongside the Hull College on Spring Bank that was built in that year. The Hull Advertiser newspaper recorded a “new street to be made - Pest House Lane” in its edition of 6 December 1856; in a later edition of 17 October 1857 the new “street” was named as Park Place, and was to be “promenaded with trees”. Park Place was in fact a terrace of property on the west side of College Lane that ran from the corner of what is now Park Row. Another new street was named in the Hull Packet newspaper of 8 January 1858 (page 5): -

“ELM TREE AVENUE - The worshipful wardens and older brethren of the Trinity House having completed the planting, sodding, and fencing of the avenue of elms in their fields, on both sides of the new street from Park Place towards Anlaby Road, have, at a board meeting, resolved that such new street through their property shall be called Elm Tree Avenue. The planting has been well done by Mr Doran, the Corporation’s gardener

Thus the old lane became fully built upon by 1858, with Elm Tree Avenue filling the gap between College Lane/Park Place and Pesthouse Lane. The building registers record the name Park Street from 1861 onwards, with many new houses being built along the extended thoroughfare; by this date “Park Street” had taken in College Lane to the north, Park Place and Elm Tree Avenue, and Pesthouse Lane to the south, although the older names remained in use for some years. We now tend to think in terms of Park Street and “Little” Park Street, as the railway line leading to the new Paragon Station divided the street c.1846. A level-crossing here was replaced by the present railway bridge c.1871. The iron structure of the bridge was replaced with steel girders in 1959, which caused the bridge to close for several weeks. The last of the grand houses, and other property in Park Street, was demolished in 1982/83 in the clearance programme for this area. The only Victorian buildings of note that remain are the former Victoria Hospital for Sick Children (1890 by Samuel Musgrave), and the Park Street Centre of The Hull College (1856 by William Botterill). However, some original houses survive on both sides of the railway bridge, which give an idea of how the street may once have. Many of the surviving houses had been grand, double-fronted properties, built to quite a high standard; the interestingly named Quern House survives, at the north-east, which must surely have been a miller’s house? At the junction of Anlaby Road, where the railway bridge and the original line of Park Street meet, there was an interesting group of council buildings. A police call box, a cabmen’s shelter, an Edwardian telephone kiosk and an Edwardian public toilet, all clustered together at the foot of the bridge; the 1930s wooden Police Box was removed in 1959, and the other buildings were lost more recently. 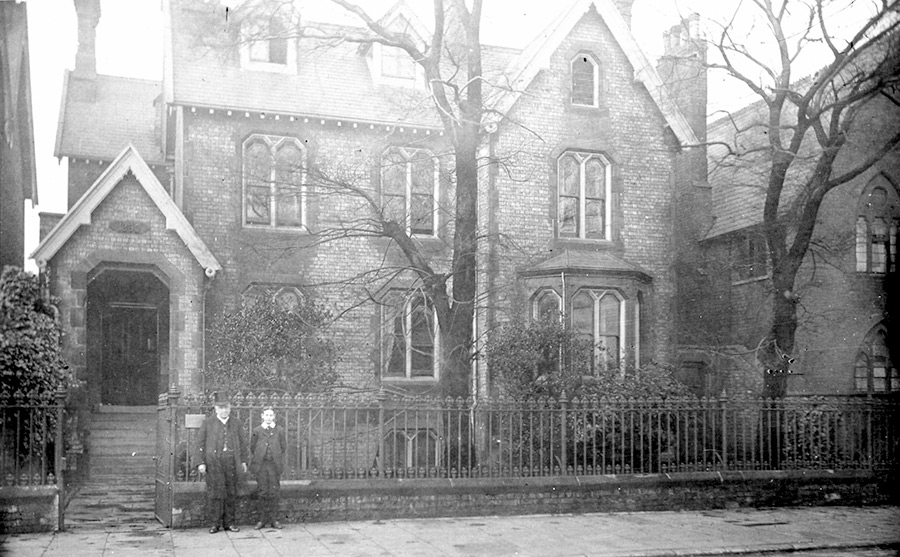 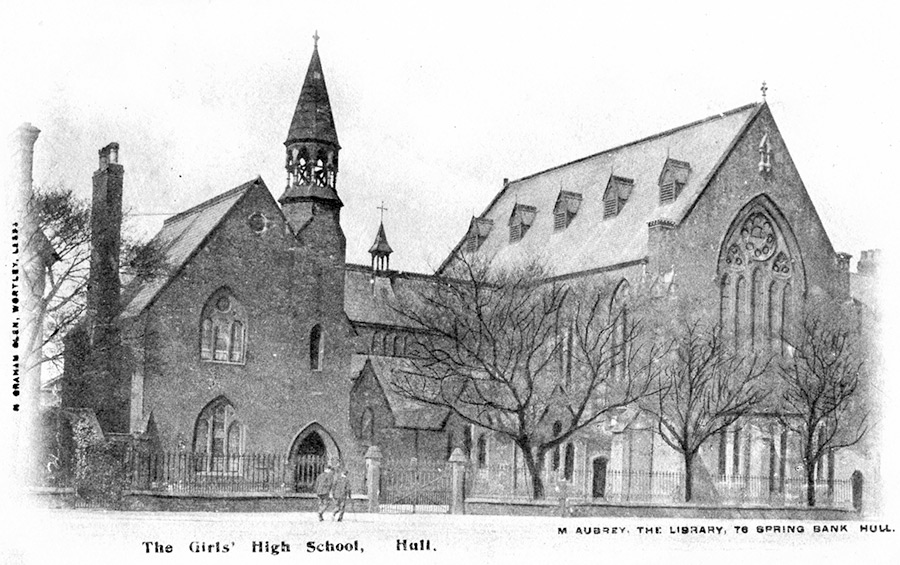 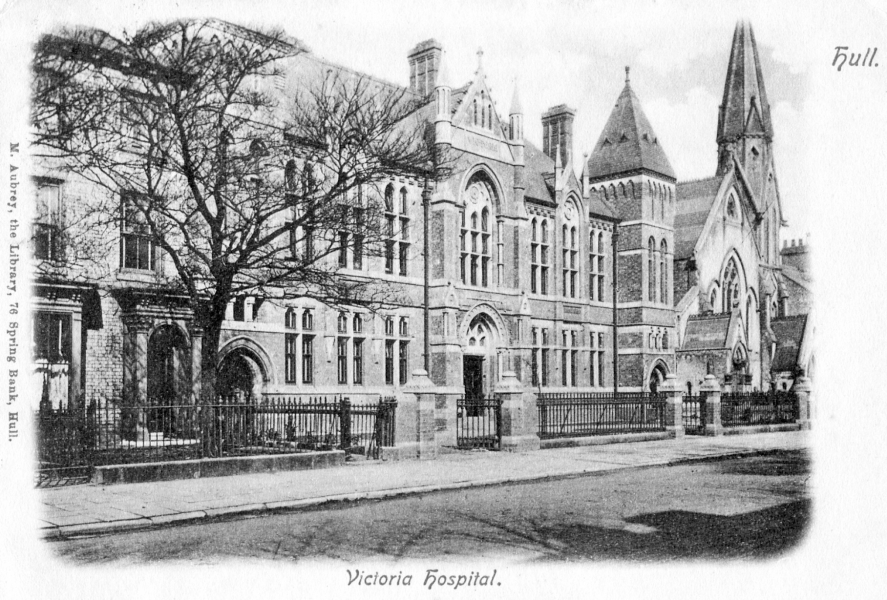 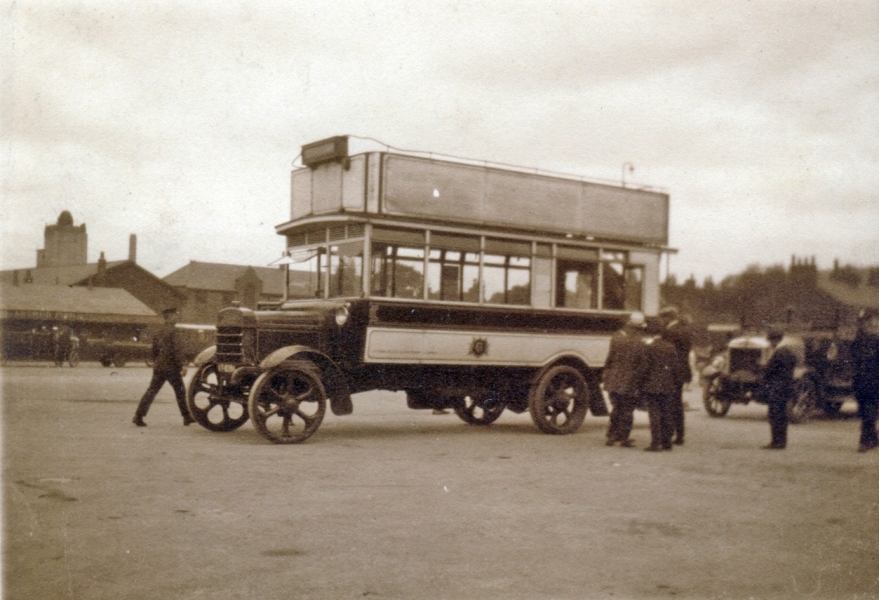 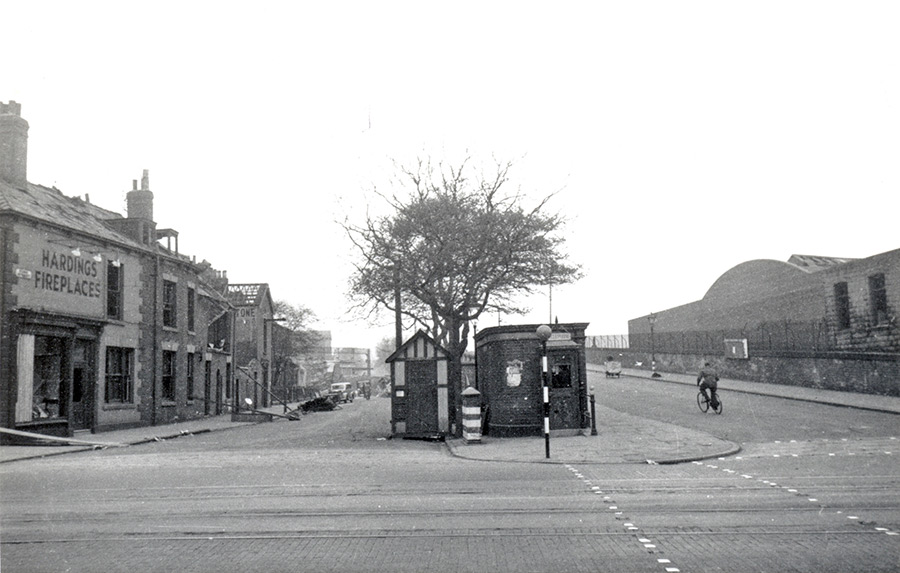 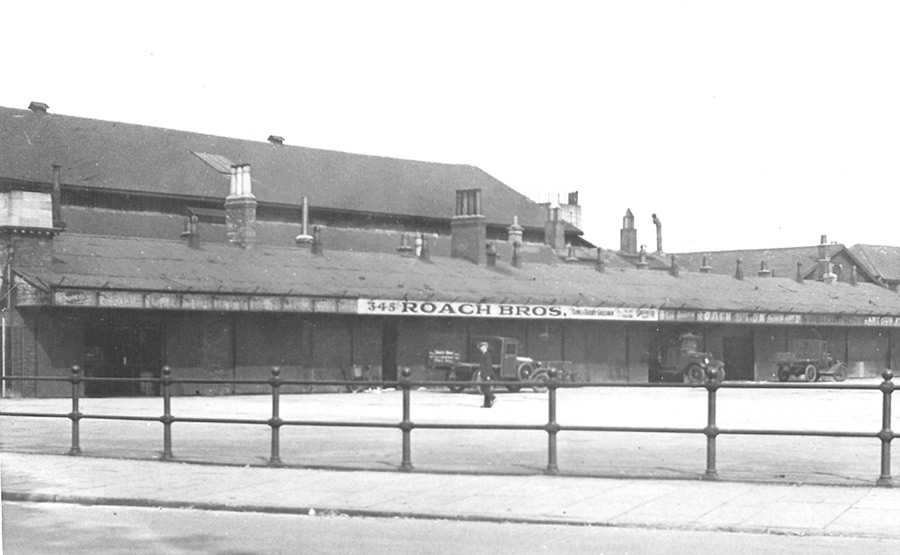 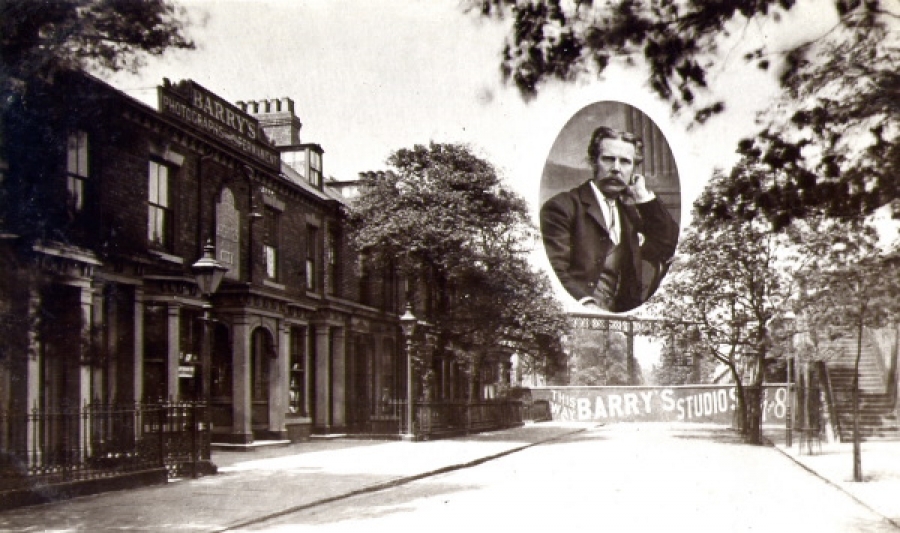 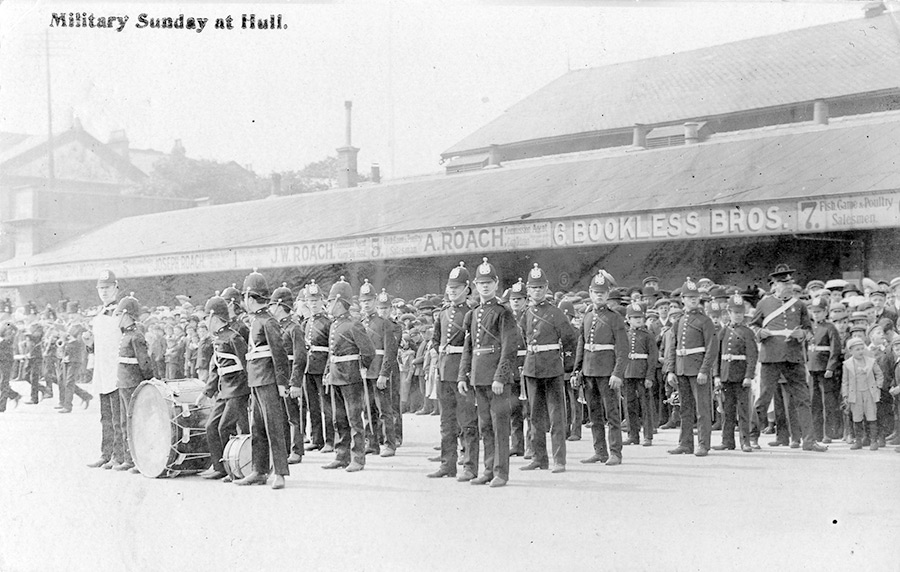