The alignment of the north end, of the present North Road, is shown on the 1852 (and 1889) Ordnance Survey plans as “Water Lane”. Water Lane followed the line of an old water-course or drain that ran south from the Derringham Dyke (the alignment of Willerby Road and Spring Bank West). The ancient lane ran south, determining the course of Calvert Lane, and the parliamentary boundary, winding its way south as far as the Hessle Road. An earlier 1824 Ordnance Survey plan shows the southern extent of the water-course ending at “Kid’s House”, on Hessle Road. John Kidd was listed as a farmer at Dairycoates in a trade directory of 1823.

North Road, as we know it, was laid-out in 1927/28 and fully built upon by 1929. There are many possible reasons for it being named North Road; was it named after Richard North, hero of the Humber, who died in 1926?; or in honour of Alderman W North?; or was it simply that it led to the north?; was it linked with the construction of Boothferry Road and the York & North Midland Railway, whose bridge had been constructed nearby in 1927? The most simple solution is usually the truth, and it seems purely geographical, as the new road linked Hessle Road with all points north.

Calvert Lane and North Road formed the western boundary of the city of Hull, until the boundary was extended in 1929; around this time many new streets and roads were created to the west and following the extension of the city boundary new housing and shops gradually filled the frontage of Anlaby Road between the newly constructed streets. 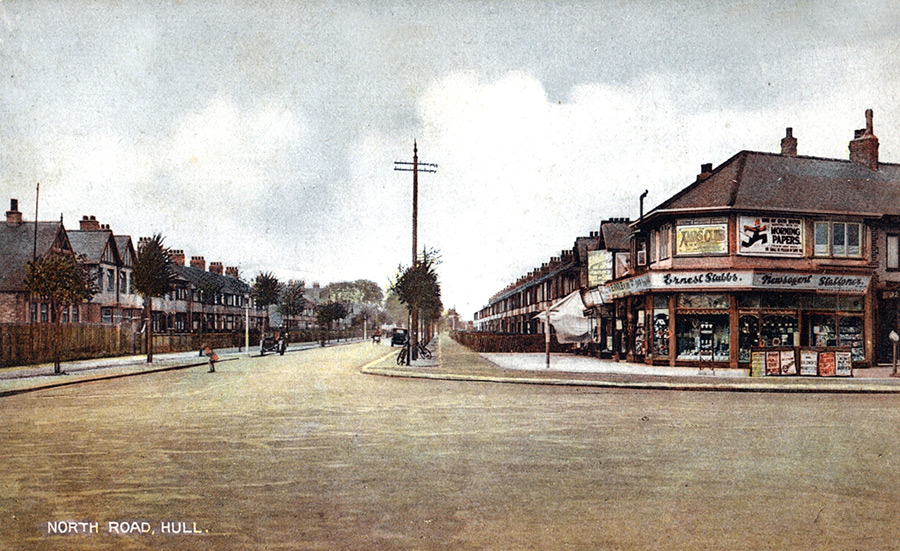