The corner property, at the west side of Lonsdale Street has a date stone at roof level, which records that it was built in 1890. This building was originally used as the retail department of a dairy, and is adjacent to two houses Lonsdale Villas, which front Anlaby Road. All three properties were occupied in the 1891 Census, taken in April of that year. The street was originally to be named Norman Street, probably in tribute to William Norman of nearby Somerset House (or Villa), who had been a member of the Newington Local Board. The street was constructed immediately east of his grand home. However, the street appears never to have been recorded by this name in any trade directories etc., and was soon re-named. At the request of Robert Thompson, the street’s developer, the name was changed to Lonsdale Street, possibly after Hull builder Alfred Lonsdale of Bean Street, but more probably after the fourth Earl of Lonsdale died in 1882; credence is given to this explanation by nearby Lowther Street, also in Beetonville, as Lowther Castle was the home of the Earl Lonsdale. Plans were submitted in September 1889 for a “new street”, initially of 33 intended houses, drawn by architect Thomas Beecroft Atkinson and countersigned by joiner W E Hunter of St George’s Road. The 1889/90 Ordnance Survey plans show just 16 houses completed in the street, and by the time of the 1891 Census 14 of these were occupied. Interestingly, only five of the families were originally from Hull, and the Census of 1891 records that the inhabitants of the street were mostly white-collar workers e.g. teachers, clerks and managerial staff. By early 1892 there were at least 22 occupied houses in the street, which had developed further north, with two additional blocks of property with long front gardens extending to a path leading off the centre of the street. By 1896 there were 35 houses in the street (20 on the west side and 15 on the east side) and the street was fully developed.

The 1889/90 Ordnance Survey plan also shows a large open plot on the south-east corner of the street; this was formerly occupied by Michael O’Connell & Sons rope & twine manufactory. By the spring of 1892, the manufactory had moved to premises off Hessle Road, and the site had been “acquired for a new Presbyterian church”. The new church was intended to replace a temporary mission hall in Walton Street,built in 1876. 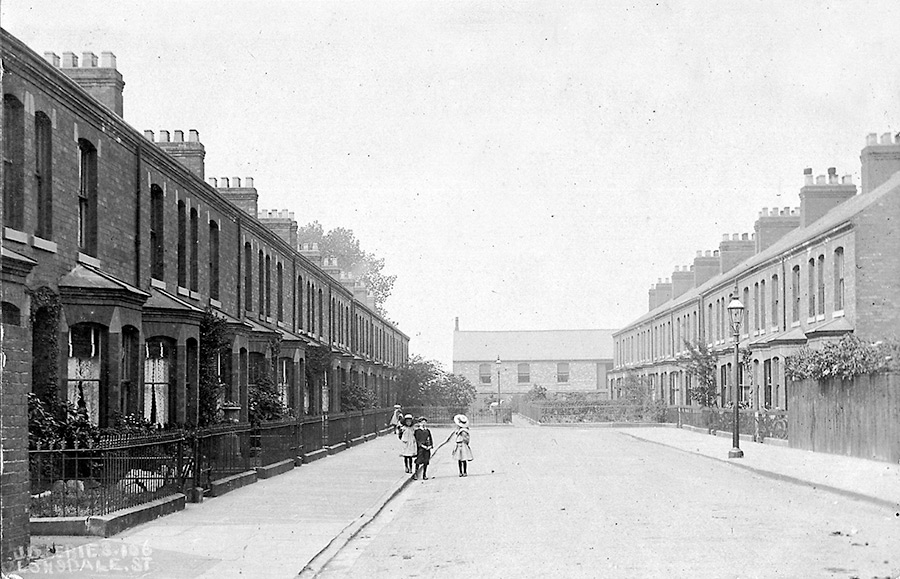