Hawthorn Avenue is an old alignment, known originally as Chalk Lane, perhaps a reference to the building material used for its construction. Hessle Cliff stone was frequently used as a base for roads in the Hull area, and would have been easily transported via boat along the River Humber from Hessle.

The road was not shown on the 1824 Ordnance Survey plan of the area but is shown on the later 1853/6 Ordnance Survey as Chalk Lane, providing a link from the hamlet of Dairycoates (Hessle Road) to the Anlaby Road. It is possible that the street took its present name from a cottage near the grounds of Newington Villa called “Hawthorn Cottage”, but it seems more likely that it was a direct reference to the many ancient field boundaries and nearby hedgerows, most of which were marked with Hawthorn hedges, as was the lane itself. Continuing to be recorded as Chalk Lane until c.1898, when the name Hawthorn Avenue began to appear in the trade directories. An earlier 1872 directory lists Chalk Lane, Dairycoates with just two residents, and the buildings registers note houses and shops being built in Chalk Lane in 1873. In 1875 a “Hotel” was built for Mr Parrott, which was later to become the Hawthorn Hotel. In 1879 the Newington Wagon Works, later the Hull Cart, Wagon & Iron Company was constructed, supplying carts, wagons and machinery far and wide. In 1905 the Norman Memorial Primitive Methodist Church was built on the corner of Hawthorn Avenue and the Anlaby Road, to the designs of architect T Beecroft Atkinson. The church was another victim of bomb damage during World War Two in a series of 1941 raids. The unsafe building was subsequntly demolished, although services continued in the schoolroom until 1955 when it too was demolished. In 1908 the Salvation Army made its presence felt in the street when they constructed the surviving Hawthorn Avenue Citadel on the south-west side of the street. The original land drains still ran open at both sides of the Anlaby Road at this point until the west side was built upon, as property on the Anlaby Road frontage crept further west during the 1890s. 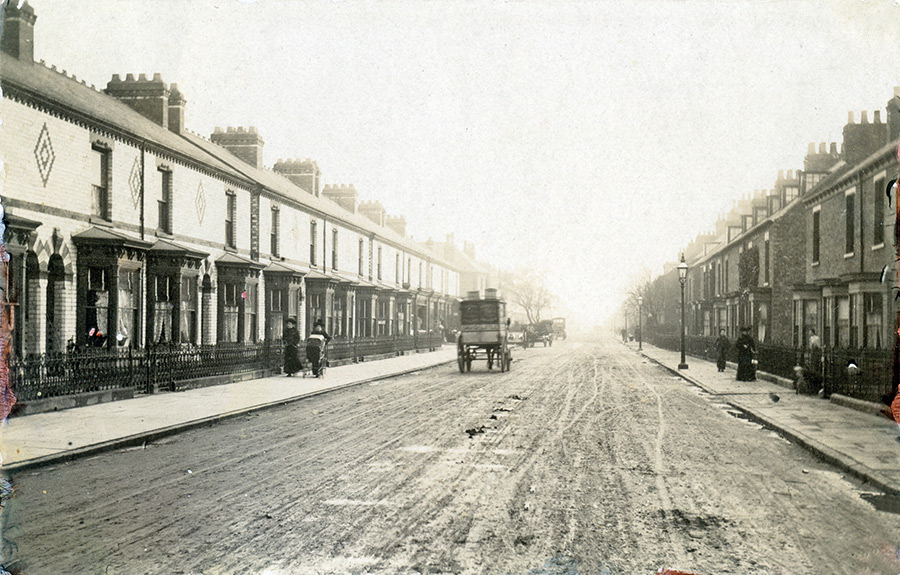 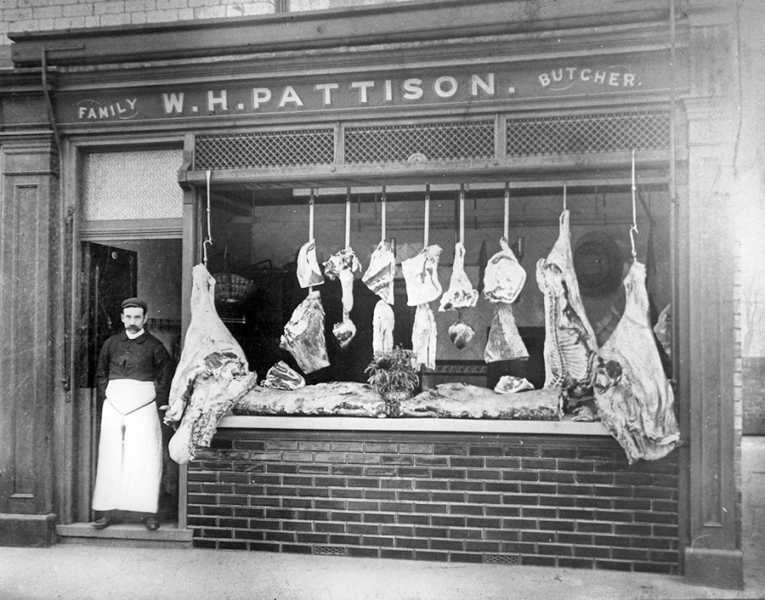 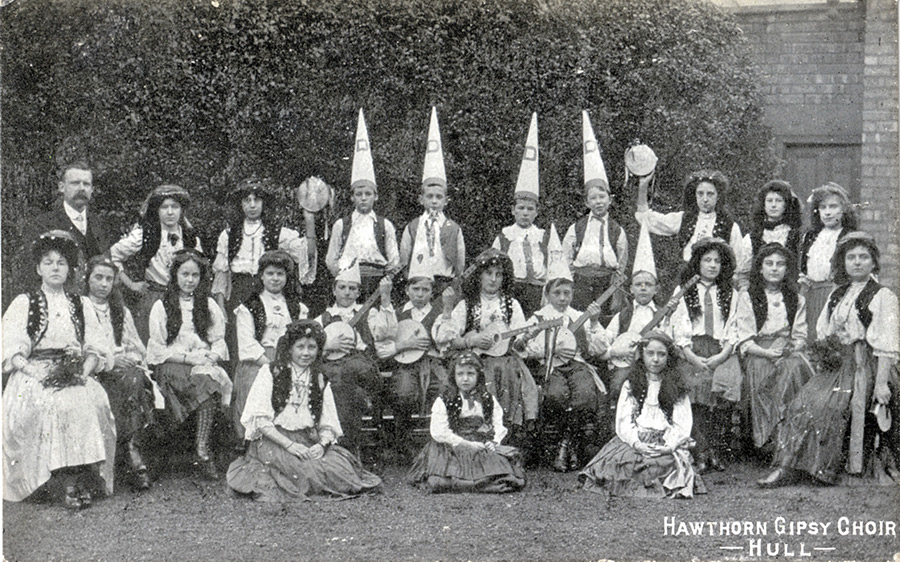 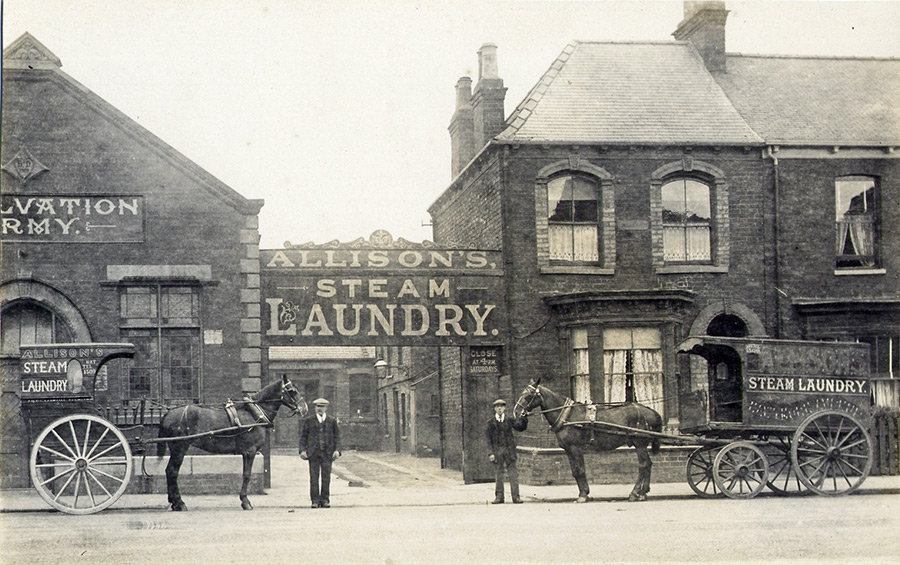 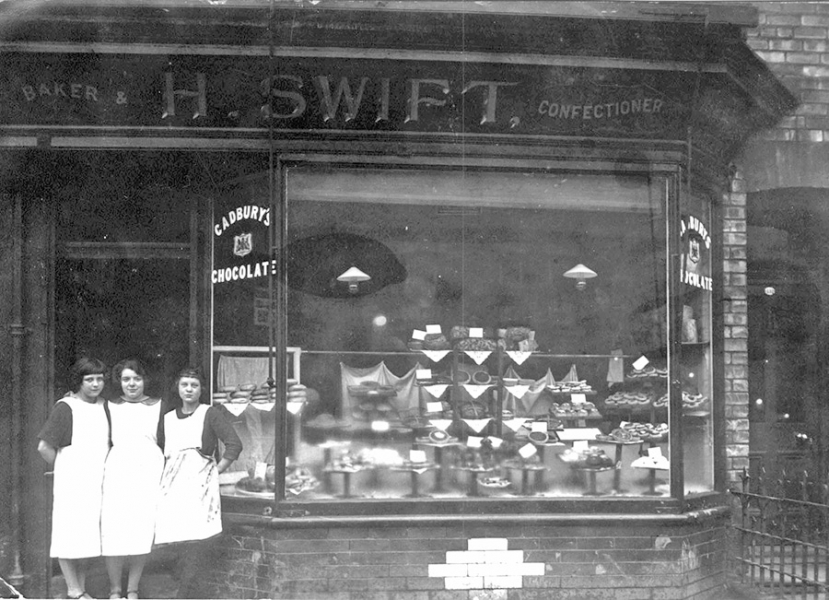 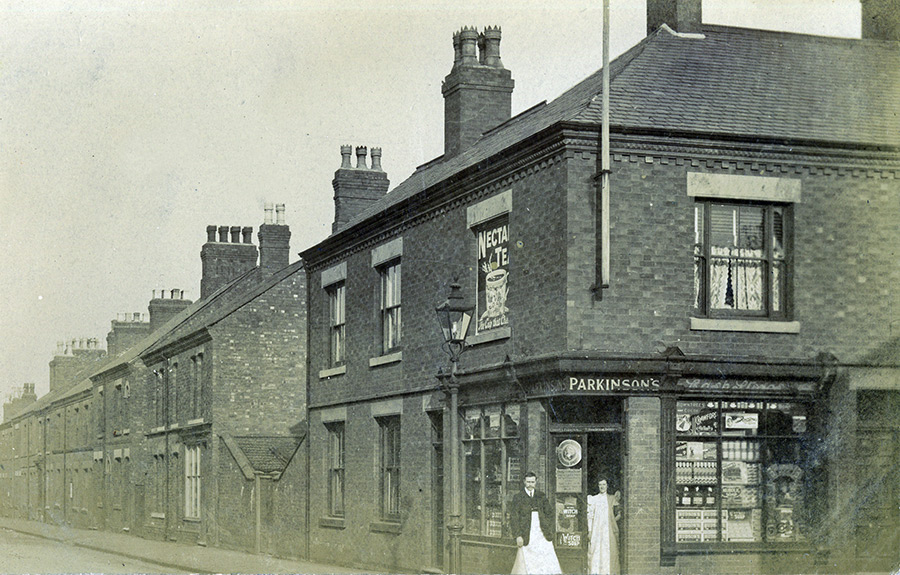