Most of the property in Granville Street had been laid-out c.1874, when building plans show it was first built upon. It was heavily developed and the majority of the houses occupied by the time of the 1881 Census, with more new houses in the course of construction. The street, along with several others in Hull, took its name from George, Second Earle Granville, a prominent politician who died in 1891.

Beyond Granville Street are Granville Villas and the adjoining Granville Terrace, both constructed between 1875 and 1879; they now appear as one terrace, purpose built as shops, although the two-storey buildings are more modest than some of thier neighbours. The first part of the terrace, Nos.455 to 457, were taken over by Woolworths in 1957, with a store that was the first non-food store in the city to sell only self-service lines.

Immediately west of Granville Villas/Terrace were two semi-detached, double fronted houses; Beech Wood House and Clifton House (latterly Nos. 483 and 485), which appear to have been constructed slightly earlier, around 1874. Sadly, these were demolished c.1913 when two new semi-detached shops were built for William Jackson. 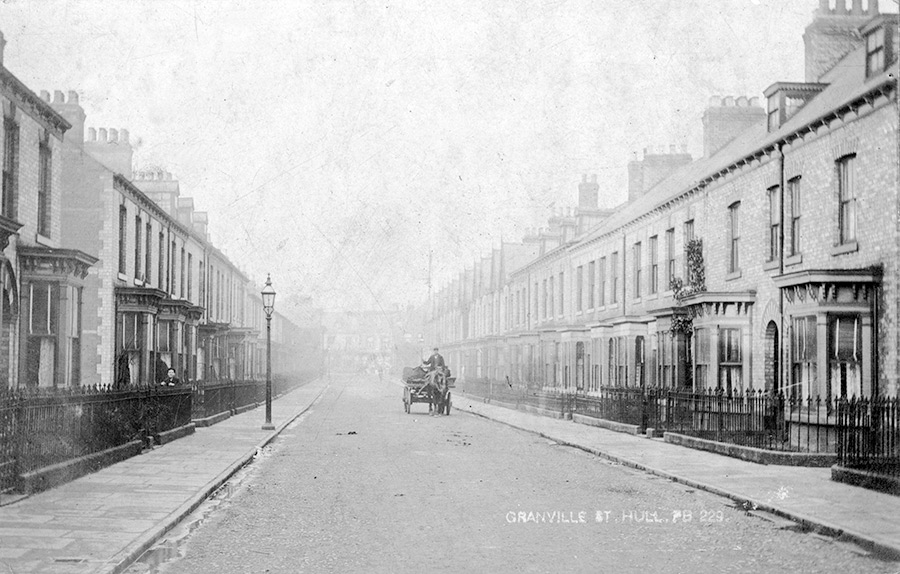