Glencoe Street was not listed in an 1899 directory, but had been fully built upon by 1905. It was laid alongside, but not within, the grounds of Newington Hall. Despite suggestions that the street was named after a South African place name, during the Boer War, it seems more likely that Glencoe Street was given its name in keeping with the other neighbouring streets, which also had Scottish themes. 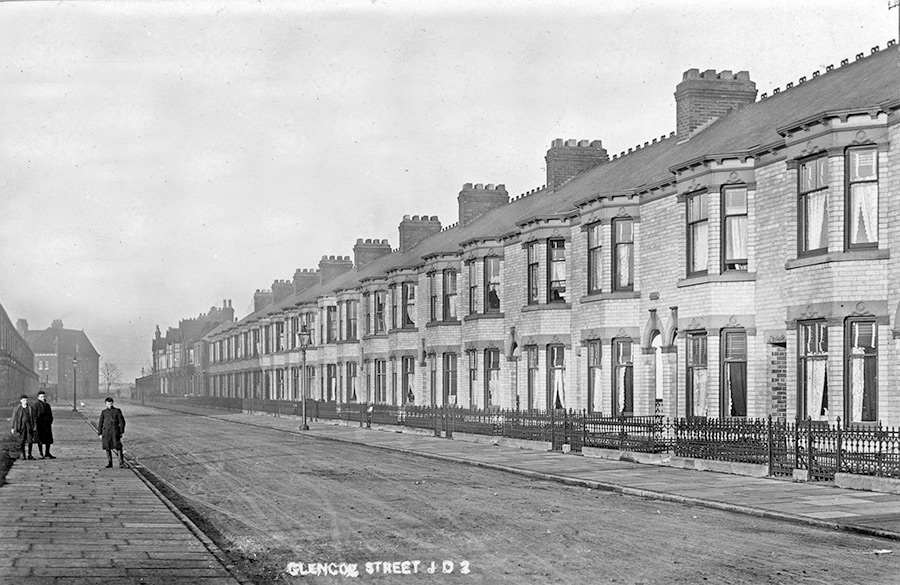