Fountain Street had yet to be laid-out, according to the Census of 1861, and was named by “Miss Broadley, the owner of the street, 9 May 1862, in compliment to John Fountain, Alderman, Governor of the Poor of Holy Trinity & St Mary’s”. John Fountain was governor of the poor for 21 years, and very much involved with the Anlaby Road Workhouse; he also lived near Fountain Street, being listed at No.3 Balmoral Terrace in the 1870s. The houses in Fountain Street were of a slightly higher specification than those in Wilberforce Street, with bay windows and small front garden areas. One house was much grander than the rest; the first house on the east side of the street, was double fronted, with a projecting front bay and ornate stone detailing. This was possibly the first house built in the street, and very likely the home of builder Thomas Redfearn, who was listed there by 1872. Fountain Street was cleared of its remaining housing under the 1980 Compulsory Purchase Order, and no longer has any original buildings. 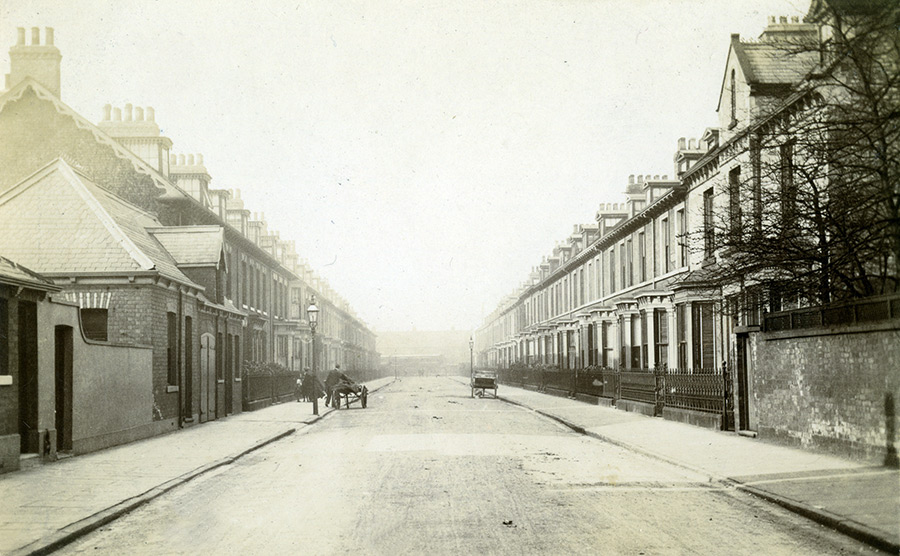 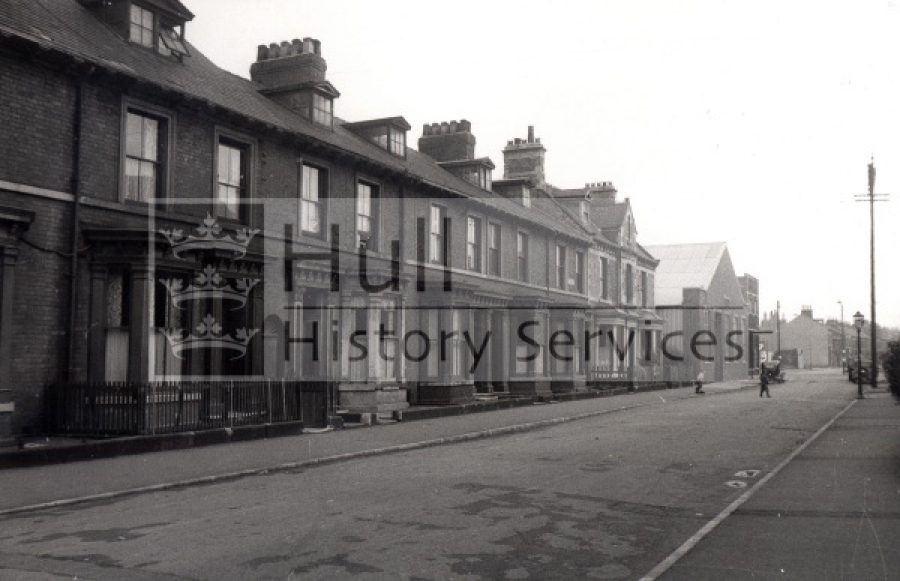 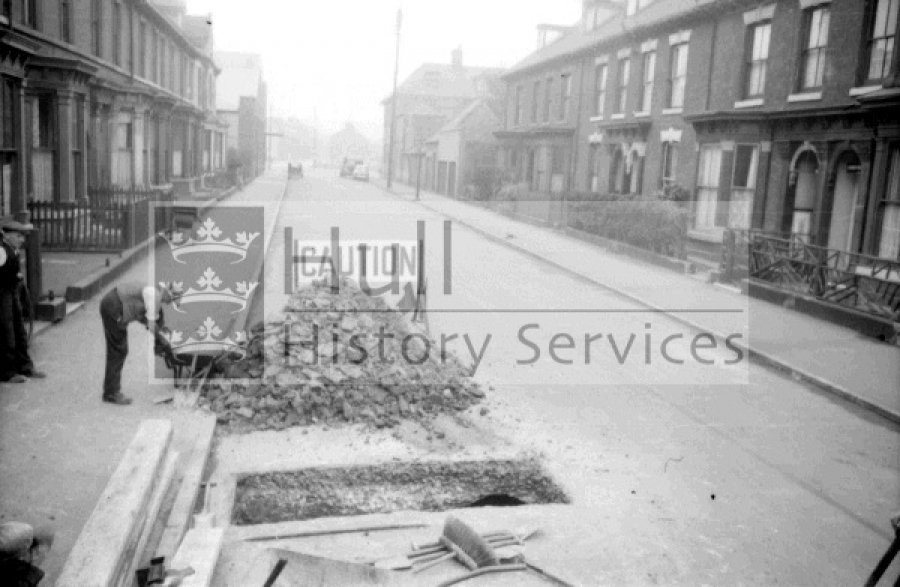 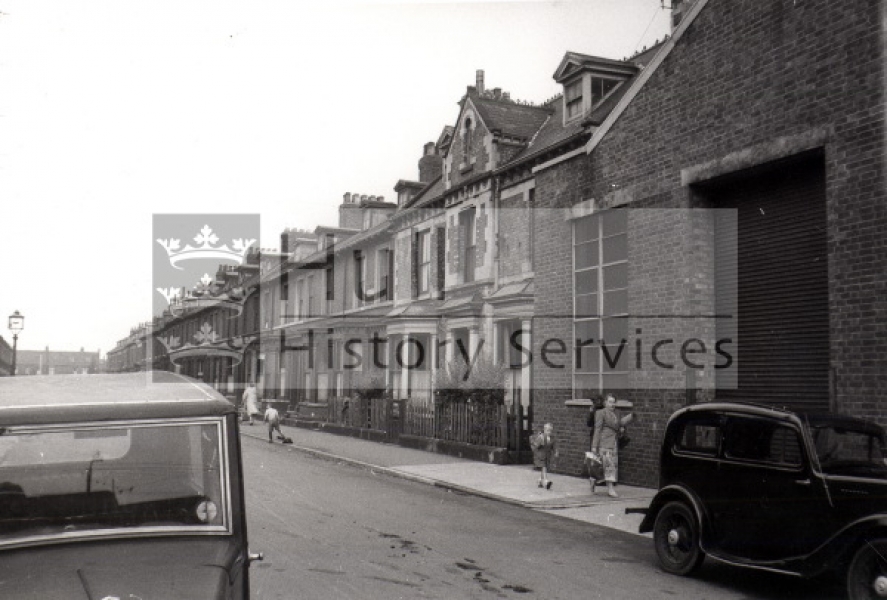 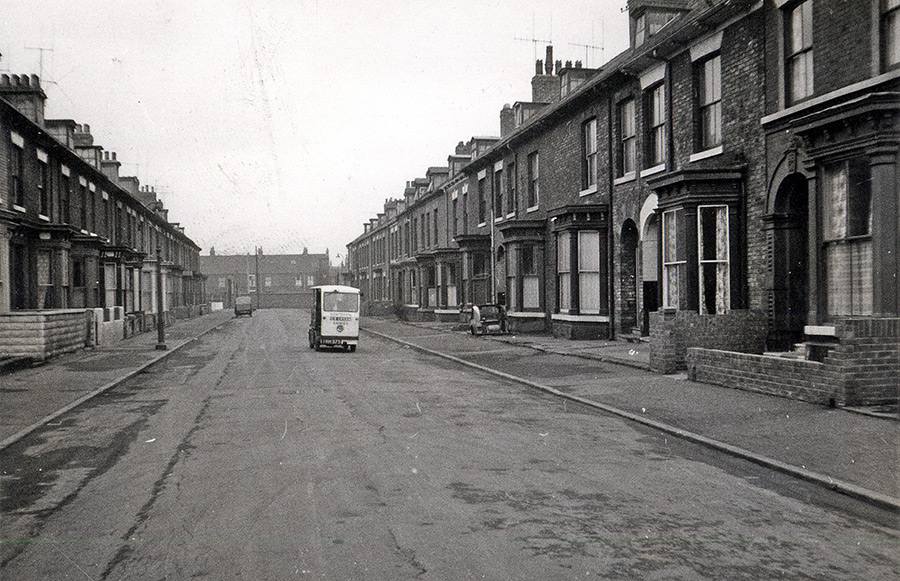