De La Pole Avenue first appears in the trade directories c.1888, and was marked on the 1888/89 Ordnance Survey plans of the area, although very few properties were shown at that date. The western corner property, at the Anlaby Road junction, has a date stone of 1889. The name was no doubt in recognition of one of Hull’s most famous and influential medieval merchant families, the De La Poles. The writer and poet Stevie Smith was born at No.34 De La Pole Avenue.

Continuing west beyond De La Pole Avenue, the next block of properties developed in the same period as the block to the east. Teviot House, Blair House (later a preparatory school) and Cogan House were built between 1890 and 1893, as well as a purpose built shop for John Webster. By 1899 the block was almost complete, and other houses included Gloucester House, Linden House, Gloddaeth House etc. The block was mostly completed by 1905, when the trend for naming terraces independently of the main road had all but ceased, and the houses had all been individually numbered. The end of this block was marked by a field boundary; at the turn of the 20th Century, open field drainage ditches still ran alongside Anlaby Road, north and south, with small footbridges allowing safe crossings here and there. Nothing was built beyond the last terrace and Old Newington Farm for almost 30 years. The large open space between the last terrace and the farm had been an important location for Hull’s racing fraternity and gamblers. 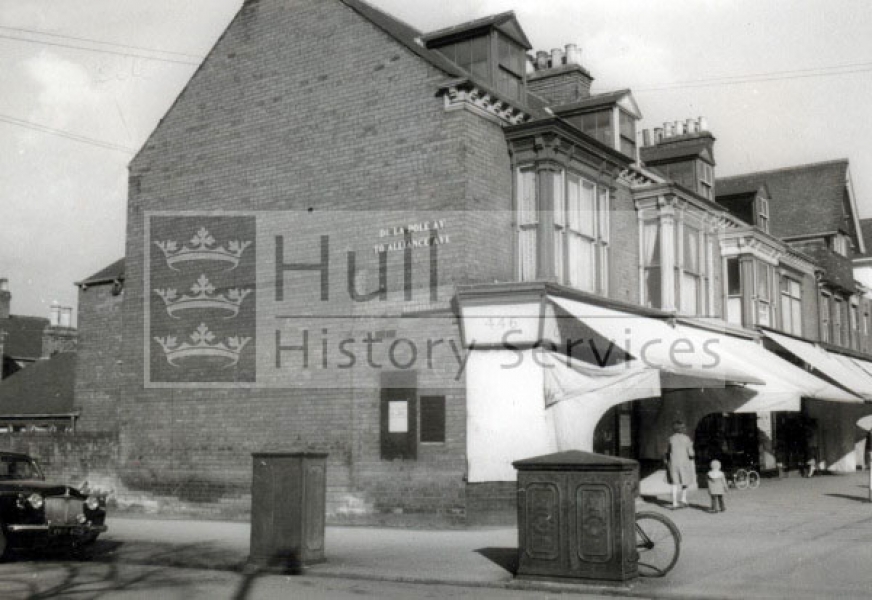