At the west end of Coburg Terrace stood a small development of seven properties facing the Anlaby Road, and known as Albany Terrace or Place. The terrace was split halfway by one of Anlaby Road’s lost streets known as De Grey Terrace, which was first mentioned in the late 1860s trade directories. It was one of many developments named in honour of Viscount Goodrich M.P., who became the Earl De Grey and Ripon in 1863. Ripon Street and De Grey Street in Hull were also named in his honour. The short terrace consisted of two rows of seven houses facing each other, and was constructed on a much older alignment that, like many in this area, was once the entry to large gardens and nurseries. De Grey Terrace gave no entry to the more substantial houses of Clifton Street, built on the same alignment further south. Sadly all trace of the terrace was lost as this area suffered severe bombing during World War Two, and was mostly demolished by 1946. The site was re-developed in the late 1960s, and is now lost beneath blocks of garages belonging to the nearby tower blocks. Albany Terrace extended to the junction of Day Street. 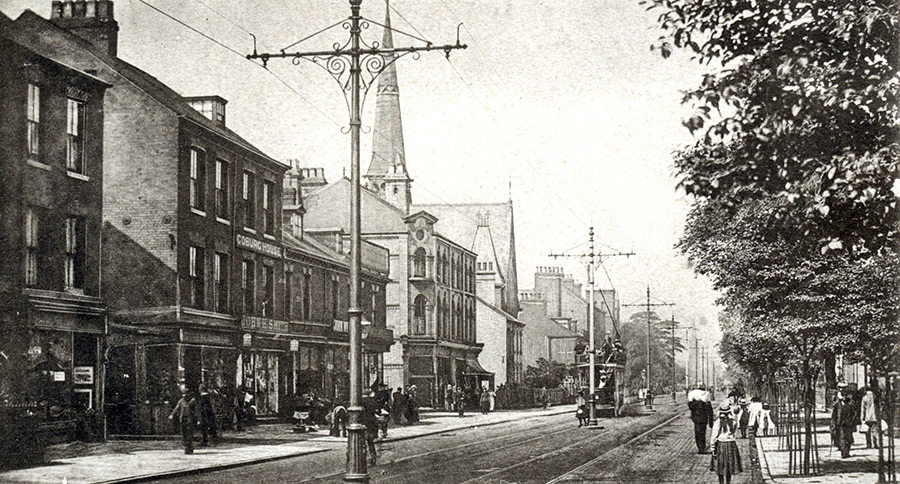