Coltman, or Coltman’s Street was named after the Coltman family, who owned the land on which it was built. The reverend Joseph Coltman of Beverley left the land to his son, a judge - Sir Thomas Coltman, who named the street in honour of his father following his death in 1837. The street developed in the early 1840s from the Hessle Road end, in a similar way to Bean Street, joining with another older street alignment that had developed off the south side of Anlaby Road. The Hull Advertiser newspaper noted that Coltman Street was to be “Macadamised” in its edition of 10 October 1850.

The Yorkshire Agricultural Society met in Hull in 1841, and again in 1859, on ground at the back of the property on Coltman Street, with an entrance from Anlaby Road. Mr Henry Coxwell made a balloon ascent during the show, and came down at Burton Constable. Coltman Street had a Trinity Wesleyan chapel, which opened in May 1872, built at a cost of £8,000. It could seat 1,250 and was designed by architect William Botterill; it was built in the Decorated Gothic style, in Ancaster stone. The chapel was damaged during World War Two and demolished in 1953, the Coltman Street Day Hospital later occupied the site. An accompanying Sunday school to the chapel was built c.1895, to the designs of Gelder & Kitchen. Coltman Street has a unique selection of high quality housing at the Anlaby Road end, with many surviving houses, some in the Greek revival style dating from the 1840s. David Neave writing in the revised Pevsner guide notes: -

Beyond Coltman Street and stretching to the brick and tile yards to the west, was one of the older terraces on Anlaby Road. Built as one uniform block from c.1845 as Canton Place, a trade directory of 1846 lists just three occupied properties. By the time of Wilkinson’s 1848 plan, the whole terrace had been constructed; a trade directory of that year notes at least eight of the 13 houses occupied. In his work “Living & Dying in Hull”, author Bernard Foster recorded an article in the local press concerning the sanitary arrangments in local houses: -

“In January 1875 the Sanitary Committee learned that when water-closets had been installed at 10 Canton Place, a large tank had been put under the kitchen floor for a cess pool, although there was a main drain in front of the house. Apparently this was not thought unobjectionable. The houses in nearby Coltman Street, equally large and imposing, had privies beneath the stairs”.

At the time of writing Canton Place survives, almost intact, as Nos.289-305 Anlaby Road and has mostly been converted to flats. The large houses, of two-storeys, all with large basement accommodation and Doric or Tuscan porches, have proved too expensive to maintain as single occupancy dwellings and have been converted to flats from the late 1950s. Sadly, the conversion to flats often results in less care and maintenance shown to the property; the end two houses in the terrace were damaged by a fire in recent years resulting in the demolition of the first property. 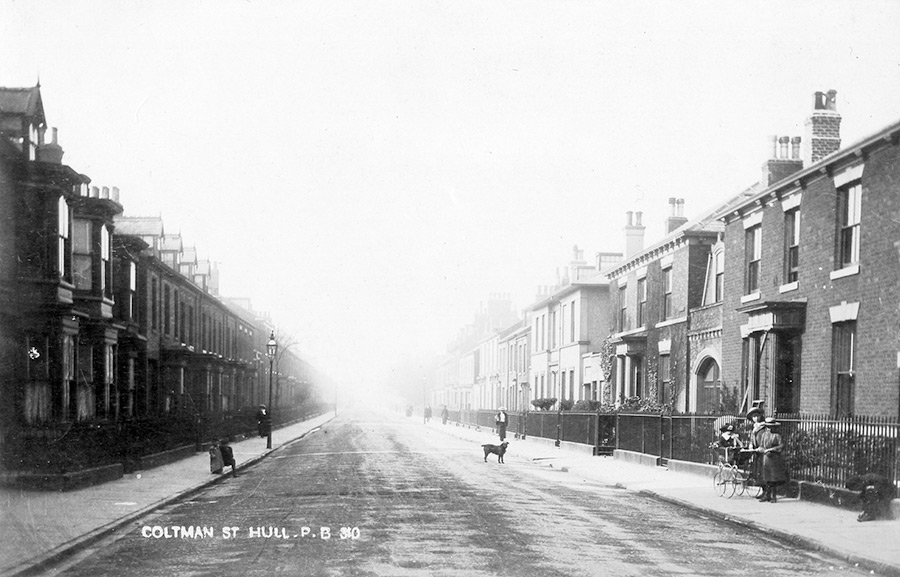 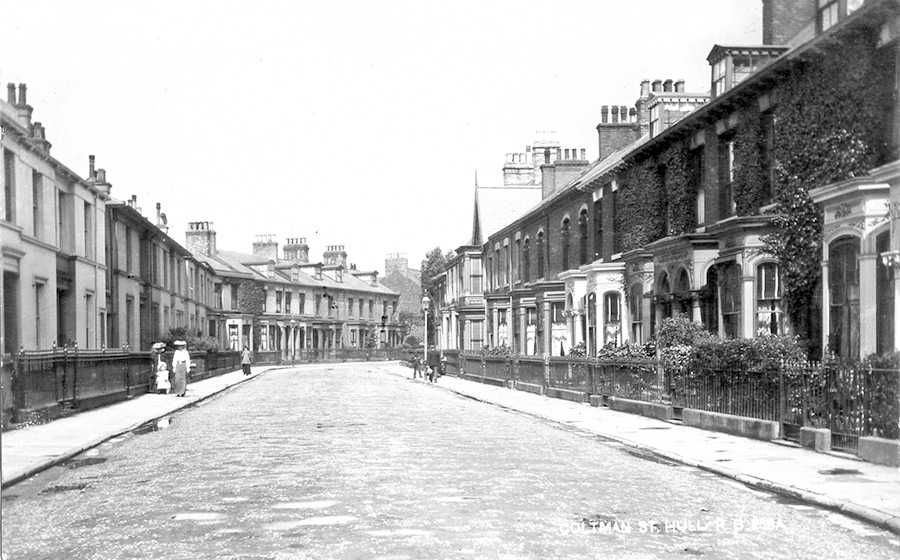 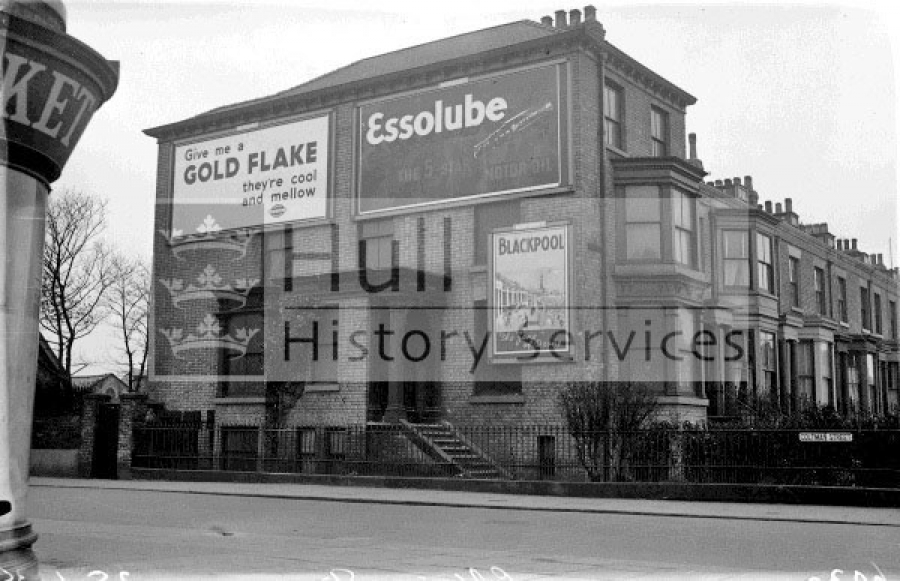 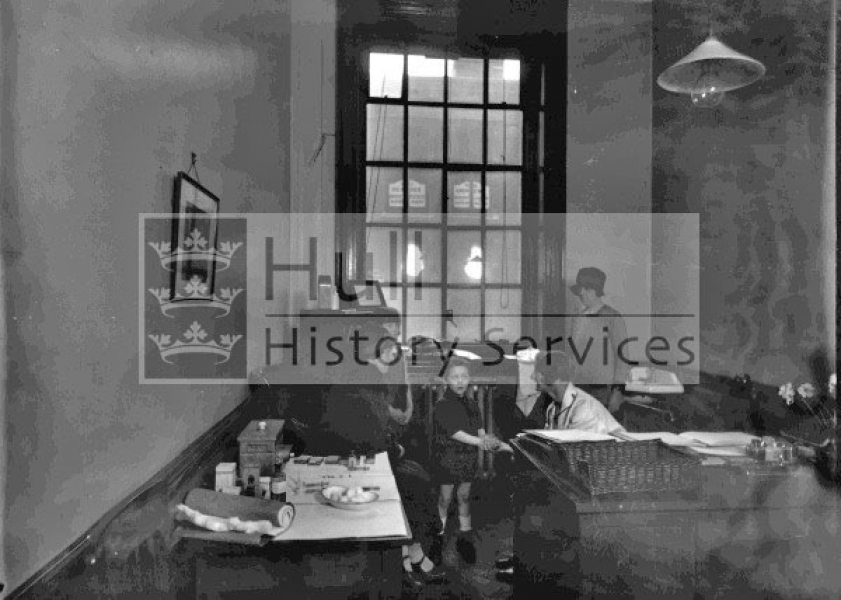