At the west end of Adelaide Terrace was the entrance to Bean Street. Originally a short street leading to an old farm, the street was shown, un-named, and with only a few buildings on Wilkinson’s plan of Hull of 1848. It was originally named “New” Jarratt Street to avoid confusion with the older Jarratt Street in the centre of Hull, and was still named as such on the 1852 Ordnance Survey plan of Hull, when it led only as far as an old-established farm, whose land and buildings initially prevented its further development. Slightly later, a new street called Bean Street was being developed from the north side of the Hessle Road (most likely to have been named in honour of Alderman Robert Bean, a brewer and maltster, who was chairman of the Property Committee in the 1840’s). Bean Street was laid out c.1869, and the 1871 Census lists many occupied houses on the street and terraces running off it. It developed north, eventually joining the older New Jarratt Street that ran south from Anlaby Road. As the two became joined c.1871. The Sir Henry Cooper Board School was situated in Bean Street, opening in 1876, it was named after the School Board’s first chairman. There were 900 places after 1903, for boys girls and infants, Average attendance was 813 in 1904, and 543 in 1938. The boys were transferred to Boulevard High School in 1957 leaving only the senior girls and infants departments. The school was demolished c.1966; the transfer of the land (0.625 acres) was noted in the Town Planning Officer’s annual report for 1967/68. A new Sir Henry Cooper High School was built on the Orchard Park Estate around the same time. The huge population of Bean Street (it was said that more people lived in Bean Street than the whole of Withernsea) was served by two pubs; a small beer-house called the Engineers Arms, which opened c.1872, and closed in the 1960s.

The Anlaby Road end of the street was served by The Bean Hotel, which opened c.1872, and was purpose built as a pub, being one of the first properties built on the east side of the street. It was common to build a pub early in the construction of new streets, as pubs were often the places used as site offices, and the place were labourers were paid. The Bean Hotel survived the development of Rawling Way in a small section of Bean Street that was ironically part of the former New Jarrat Street, but was sadly demolished in the summer of 2005 when the site was required for a planned development of a three-storey building, containing 14 flats, which has yet to be built.

A long stretch of terraced housing linked Bean Street with Coltman Street, the next street on the Anlaby Road. Developed from the early 1840s, the terrace was named Albert Terrace, another Royalist connection, in a trade directory of 1846 when it had just five residents. Wilkinson’s plan of 1848 shows 13 properties, and the terrace almost completed. At the west end of the block, on the corner of Coltman Street, the terrace appears unfinished and is shown as a large ornamental garden on the 1852 Ordnance Survey; this belonged to the Eagle Tavern, which was named on the plan. Following redevelopment c.1860, the former gardens were built upon to form six extra properties on the end of the terrace. The whole of this terrace survives but bears little resemblence to when it was first built; many of the former houses and shops have suffered from poor alterations and continuous changes of use. Some surviving details can be found at No.265, which has some ornate carved heads on its gutter, and No.279, which has retained its original doorcase; the post box outside signifies its former use as a post office. One very smart and well kept exception is a former shop, now integrated into the Eagle pub at the corner of Coltman Street. 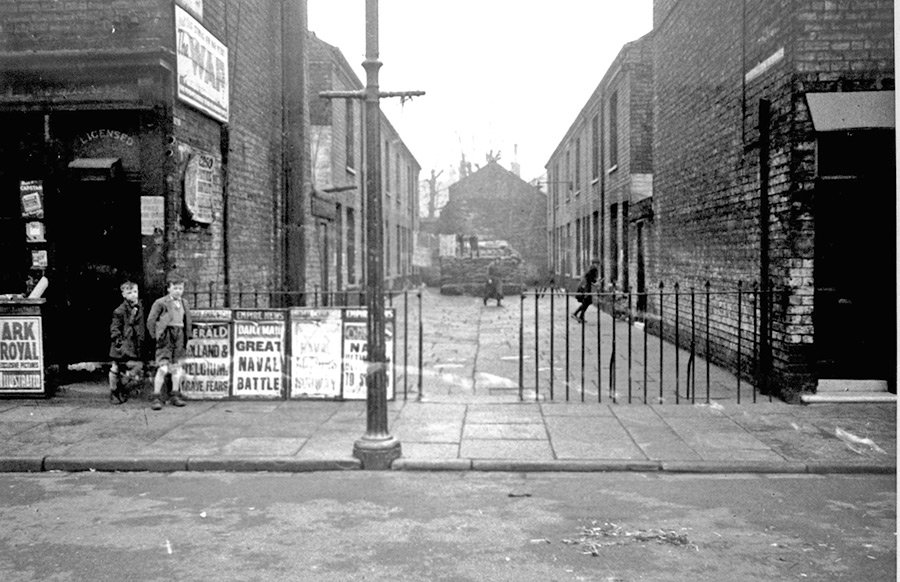 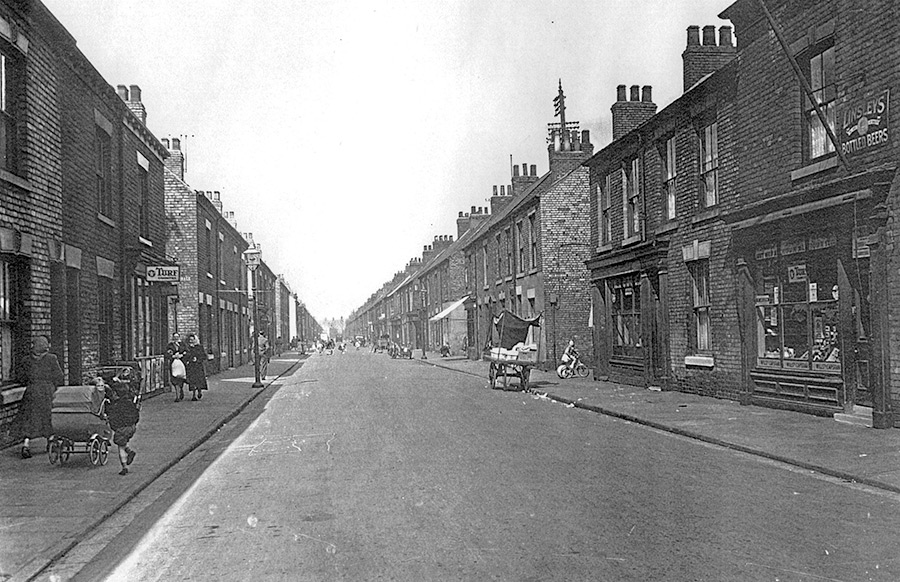