The inspiration for the name Arlington Street is a mystery, but, as it was laid out on former garden plots surrounding the Ship Launch PH, there may be a link. Arlington Court in Devon was a favourite place to visit in Victorian times, with its extensive gardens, as was Heligan in Cornwall, home of the Tremayne family. Both were at the peak of thier popularity in the late 19th Century. The street is not listed in the 1861 Census, but plans in the Hull City Archives show it was being built upon by 1865. The houses were of quite a high standard, with the obligatory bay windows of the period. The west side was interrupted halfway, by the rear of a garden extending from an existing house in West Parade. Most of the housing in Arlington Street survived into the 1980s but have since been demolished; no original buildings survive.

Balmoral Terrace continued, west of Arlington Street, with a further five houses, but could only extend as far as the grounds of a large detached house. The house had been established some years earlier, c.1812, with the development of West Parade. Built for “gentleman” Mr Aistroppe Stovin, it was sold soon after building. 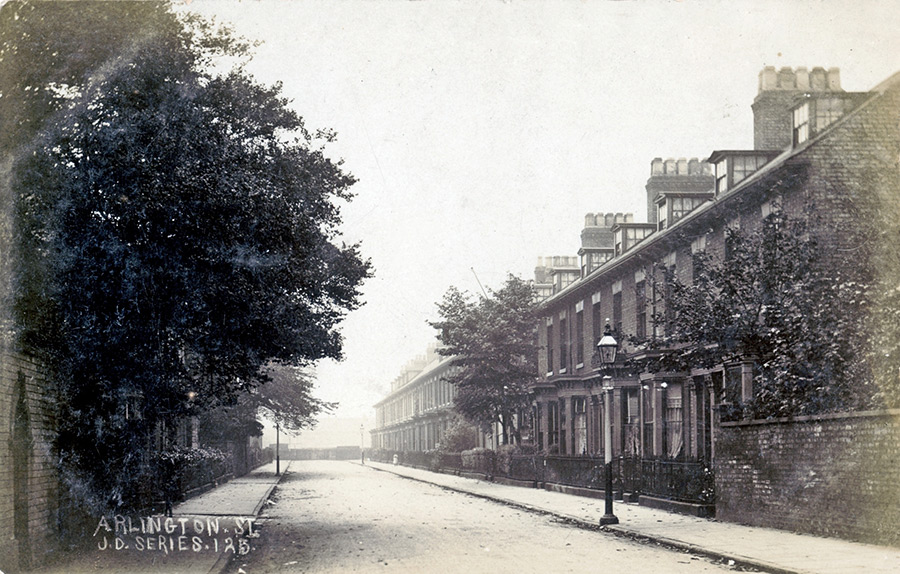