The original Eagle Tavern opened in the 1840s at No.12 Albert Terrace, Anlaby Road. The area was still fairly rural at that time and like many of its contemporaries the Eagle had pleasure gardens and stables for its patrons. The pub’s licence was suspended for 12 months in 1860, and this is almost certainly when the former gardens built upon. The new Eagle then formed the west end of Adelaide Terrace, but did not occupy the whole corner as it does today. It was extended to take in the corner shop between 1955 and 1960 and despite being known as The Anlaby Road Alehouse for some years it reverted to its true historical name in 1999 and survives as “The Eagle” to this day.

Beyond Coltman Street, stretching to the brick and tile yards to the west, was one of the older terraces on the Anlaby Road. Built as one uniform block from c.1845 as Canton Place, a trade directory of 1846 listed just three occupied properties. By the time of Wilkinson’s 1848 plan, the whole terrace had been constructed and a trade directory of that year noted that at least eight of the 13 houses were occupied. In his work “Living & Dying in Hull”, author Bernard Foster recorded an article in the local press concerning the sanitary arrangements of houses in this area: -

“In January 1875 the Sanitary Committee learned that when water-closets had been installed at 10 Canton Place, a large tank had been put under the kitchen floor for a cess pool, although there was a main drain in front of the house. Apparently this was not thought unobjectionable. The houses in nearby Coltman Street, equally large and imposing, had privies beneath the stairs”.

At the time of writing Canton Place survives, almost intact, as Nos.289-305 Anlaby Road and has mostly been converted to flats. The large two-storey houses, all with large basement accommodation and Doric or Tuscan porches, have proved too expensive to maintain as single occupancy dwellings and have been converted to flats from the late 1950s. Sadly, the conversion often results in less care and maintenance being shown to the properties; the end two houses in the terrace were damaged by a fire in recent years resulting in the demolition of the first property.

Elgin Villas, two adjoining semi-detached mansions, were built beyond Canton Place, for John Saner and his son James c.1870, on land that was formerly adjoined by their brick works. Located at the corner of the street that took their name, the imposing properties appeared as one from the Anlaby Road elevation, and stood in grounds overlooking their former brick manufactory to the south. The two grand houses were damaged during World War Two and subsequently demolished.

Immediately west of Elgin Villas, was another grand range of buildings known as Clyde Terrace. Laid out in the 1860s, the terrace was completely uniform, and fully occupied by 1872. Built in typical one-upmanship form, the houses had an additional storey to those of Canton Place, whilst still retaining basement accommodation, and were renumbered as Nos.335-343 Anlaby Road.

The Hull Packet newspaper ran an advertisement in its edition of 10th January 1868: -

A NEW CHURCH, to be called “The Church of St. Mathew,” is about to be erected on the Anlaby-road, Hull, to seat 800 people. The cost, including fencing the site, heating, lighting, and all fittings, is not to exceed £4,000. A PREMIUM of £25 will be given for the design which may be selected, and should the same be carried out, then the Premiums is to merge into the Commission paid to the Architect” (sic).

The new church was consecrated in the October of 1870, and built to the designs of Leeds architects Adams & Kelly, replacing an earlier church in Coltman Street that had been dedicated to St Michael, opening in 1866. Edmund Wrigglesworth, writing in 1889 noted: -

“St Mathew’s Church, which occupies a commanding position at the corner of the Boulevard. This handsome church - erected in 1870 - is in the Early English style of architecture, and is built of white brick, with red-brick and stone dressings. The spire is hexagonal, and rises to the height of 156 feet, being placed at the north-east corner of the church. Inter-nally, there is a chancel, nave, and aisles, the latter being separated from the former by an arcade of six bays on each side. In the chancel is a good organ. The seats, which are free and unappropriated, are of pitch pine, with open ends, and will accommodate 800 persons” (sic).

In a sign of the changing needs of the modern population, St Mathew’s is now the only surviving church on the Anlaby Road, other than St Martin’s, whose address is actually in North Road.

Here is The Boulevard

Beyond the entrance to the Boulevard, were four houses known as Boulevard Terrace. Built c.1870, they filled the gap between the Boulevard and the railway line of the Hull & Selby Railway Co. The first of the houses, No.353, was home to the famous Hull museums curator Tom Sheppard. The buildings were damaged during World War Two but remained in part, as the premises of Miles (Hull) Ltd, motor cycle dealers; the Miles family had occupied this address since the 1930s and remained here until c.1980.

Constructed between the railway line and Ruskin Street, was another row of terraced property. Initially consisting of just 15 properties, Stanley Terrace was by no means as elegant as the terraces built earlier, to the east. The houses are a confusing mixture of architectural styles, and were all independently named (Rokeby, Weymouth, Linton, Robin, Cliftonville etc); the terrace was completed in a piecemeal way from c.1870, not being fully built up until 1889. Nos.367, 385 and 387 have surviving details to indicate that some of the properties were of a reasonable architectural standard; the rest of the block has been neglected in recent years, possibly due to it being over-shadowed by the railway viaduct, which has blighted the area since its construction.

Stanley Terrace was extended beyond Ruskin Street from c.1892, with an extra 10 properties, leading to the corner of Perry Street. The surviving West Park Hotel was formed from four houses of this block. Another striking local landmark occupying the eastern corner of Perry Street was the West Park Picture Palace, which opened on 2nd November 1914 with a film entitled “The Adventures of Miss Tomboy”. The cinema could seat 742, at various prices from 3d at the front, further back 6d, and on the balcony 9d. The cinema was extremely popular, and by 1958 prices had risen to 1s-6d, 2s-, and 2s-6d. The cinema closed just a year later, on the 4th January 1959, re-opening under various guises including The Charleston Club and The Granada, which closed in 1985. It was later better known as The West Park Club, predominantly a snooker hall, closing again in 1989.32 Following extensive refurbishment, the former cinema and club re-opened c.1995, as The Steam Tavern public house . The building retains its striking classical facade, with colonnade to the upper storeys, supporting a pediment and has once again been refurbished to become The Premiere Bar.

Beyond the entrance to Perry Street are the last few properties in the Stanley Terrace development; purpose-built between 1896 and 1899 as shops with accommodation above, they were referred to as West Park Row in an 1896 trade directory. All of the property, including Ruskin Street, Perry Street, and the many small terraces behind, were built on land belonging to the Broadley family, known as Maiden Hill Farm. 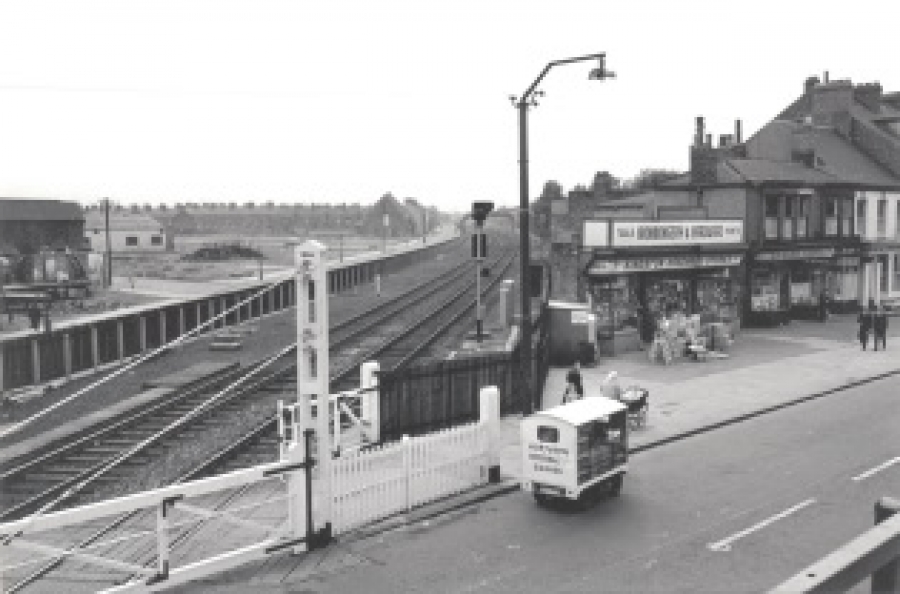 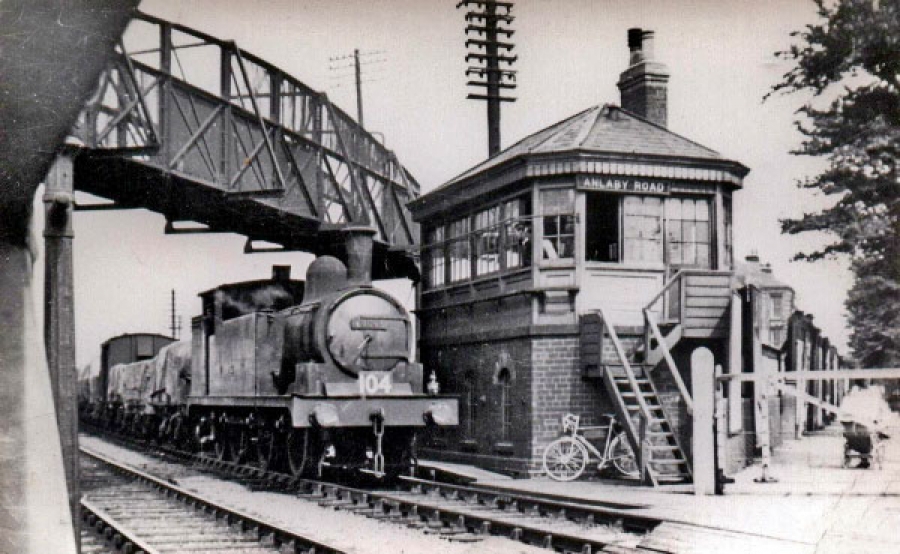 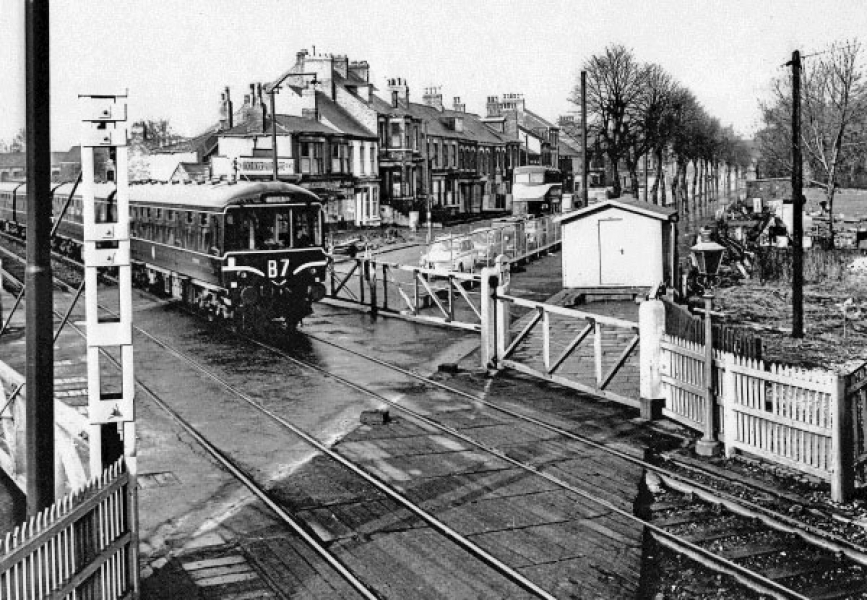 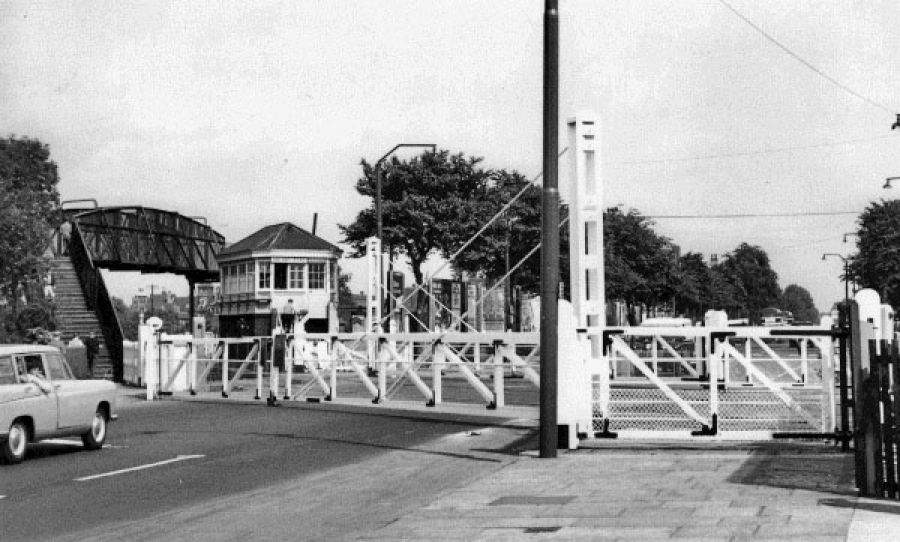