“Hope House, 199 Anlaby Road, character of work – a rescue home for fallen girls, who are taken in for two years and given a thorough training. Many look askance at the dull building on Anlaby Road known as Hope House, but to the girls it is a real home and a happy one. The two years’ training in laundry work fits them for earning their living, and on leaving, suitable situations are found for them, and a complete outfit provided. This is a considerable item, for clothing is very costly, as a great many girls pass out of the Home, the bill for drapery is exceptionally large. Nearly all the clothing is made in the Home, only outdoor coats being bought ready made. This entails many hours work each week on the part of the matrons. The girls are taught plain sewing, knitting ad mending, while fancy work is a source of interest to many. The evenings are spent in recreation, singing and reading. The food is necessarily plain, but plentiful, and not too monotonous. Gifts of fruit and cake are greatly appreciated by young healthy appetites. Very encouraging reports from mistresses are constantly received, and are much more numerous than complaints, through these are by no means unknown. For some of these poor girls seem utterly incapable of standing alone, and our object is to strengthen them and teach them where to obtain help in their often-difficult lives. The Head Matron keeps in touch with the girls after they leave, and is more than repaid by their love and gratitude for help given in their time of need”. (sic)

Hope House closed in 1937 and the proceeds from the sale were divided between the old Hull Royal Infirmary on Prospect Street and the Hull & Sculcoates Dispensary.16 The building survived and was used as a storage facility before being demolished in the 1970s; a fragment of wall and a tall stuccoed pilaster adjoining No.197 next door is all that remains of Hope House. No.197 is a later property known as Albert Cottage, and was built between 1842 and 1848, immediately east of Hope House. This was latterly a post office and a rare survivor in this area, it is now a florists shop.

Filling the gap between Hope House and the corner of Linnaeus Street, were two properties; firstly a modest property built c.1848 and known as Leanion Cottage. 17 Beyond Leanion Cottage, was a larger detached mansion house, known as Elm Lodge or Elm Cottage, which must have been built c.1817 or perhaps earlier, as it appears on a plan of that date.

Beyond Linnaeus Street, and facing the Anlaby Road, was a long terrace of property extending to the corner of Regent Street. What appeared to be a continual terrace in later years, had actually been built in sections from the early 19th Century onwards. A single property was shown amidst huge gardens and orchards, on Cragg’s plan of Hull made in 1817; this was almost certainly the property named as Providence Grove on the later 1853 plans; its name suggesting the former gardens were linked with the property in some way. A later plan of 1835 shows the area in more detail, and it appears as elaborately laid-out formal gardens. A short lane or path marks the western end of the gardens on the same plan, this was later to become Regent Street. By 1846 the gardens had gone, and the whole block re-developed as three blocks of houses.

Furthest east were three houses in a terrace named as Russell Place in a directory of 1838; next to these was the previously mentioned property known as Providence Grove (re-named Victoria Cottage by 1889), and two separate terraces collectively named Victoria Terrace, running to the corner of Regent Street. Although the names suggest they were built uniformly, the detailed Ordnance Survey plans show they were mostly individual houses closely built. Interestingly, these appear to have been some of the first houses on the Anlaby Road to be built with bay windows. A vacant plot separated the two sections of Victoria Terrace until c.1858, when the plot was filled by the newly built Argyle Hotel public house.

The Anlaby Road was re-numbered to odds and evens, between 1893 and 1899, probably when the town became a city in 1897, and at this time this range of buildings was numbered 205 to 231. Sadly, the only surviving property is No.215, now a Listed Building and part of the NHS Institute of Rehabilitation; the NHS restored the building in 1997 to its present appearance. Built, like many of its neighbours in the Greek revival style, it was probably designed by the architect George Jackson c.1838.20 At the back of the house are surviving gardens and the rear elevation of the building has been little-altered, giving a feeling of how the other villas along the road would have looked. The Victoria County History described No.215 in 1969:-

“a stucco-fronted detached house of three bays, the central bay being recessed and containing a Greek Doric porch. The frontage is flanked by screen walls which are pierced by round-headed openings and surmounted by acroteria”.

East of No.215, at No.209, stood Driffield House, it too was a Listed Building but sadly, permission was given for it to be demolished in December 1975. The site is now marked by a complex of two-storey blocks of flats, Coniston House, which extends into Linnaeus Street, and the adjacent Kendal House, both constructed in the 1960s.

The site of the Argyle Hotel appears vacant on an 1848 plan of Hull but a building is shown on an 1853 plan, which gives an approximate date for its construction. The hotel does not appear by name in a trade directory until 1858, the name Argyle coming from its close proximity to other named properties in the area with a Royal theme. Originally numbered as six and seven Victoria Terrace, it became No.223 following the re-numbering of Anlaby Road in the late 1890s. The Argyle was also the base for a wine & spirit merchant, and was part of the Henry Wilson & Son’s chain of premises. It was re-fronted and refurbished c.1930 in the mock-Tudor style; externally it was fitted with fashionable black and white painted, imitation half-timbering, whilst internally a rather spartan look gave it an old world charm. It retained regular custom until its closure in 1967, and subsequent demolition for the construction of Rawling Way in the 1970s.

Situated between Regent Street and Bean Street was Adelaide Terrace; eight houses with front and rear gardens, built in stages. No mention of the terrace is made in trade directories of 1846 or 1848, but Wilkinson’s 1848 plan of Hull shows two houses at each corner of the block, with the middle four yet to be built. Adelaide House, at No.1 Adelaide Terrace, was the home of the Anlaby and Myton historian John Travis-Cook, who lived on the Anlaby Road for 20 years in the late 19th Century. The terrace was listed in a trade directory of 1851 and is shown fully built on the 1853 Ordnance Survey plan. The 1853 plan showed the houses with plain fronts, but the later 1889 plan shows many had been refitted with more fashionable bay windows. Most were later converted, with the addition of shop fronts, the corner of Bean Street becoming Branch No.50 of the Hull Co-Operative Society, which opened in 1929 and survived until 1971.

A long stretch of terraced housing linked Bean Street with Coltman Street, the next street on the Anlaby Road. Developed from the early 1840s, the terrace was named Albert Terrace, another Royalist connection, in a trade directory of 1846 when it had just five residents. Wilkinson’s plan of 1848 shows 13 properties, and the terrace almost completed. The 1853 Ordnance Survey plan shows the west end of the terrace, the corner of Coltman Street, unfinished and shown as a large ornamental garden; this belonged to the Eagle Tavern, which was named on the plan. Following redevelopment c.1860, the former gardens were built upon to form six extra properties on the end of the terrace. The whole of this terrace survives but bears little resemblance to when it was first built, many of the former houses and shops having suffered from poor alterations and continuous changes of use. Some surviving details can be found at No.265, which has ornate carved heads on its gutter, and No.279, which has retained its original doorcase; the post box outside signifying its former use as a post office. One very smart and well kept exception is a former shop, now integrated into the Eagle pub at the corner of Coltman Street. 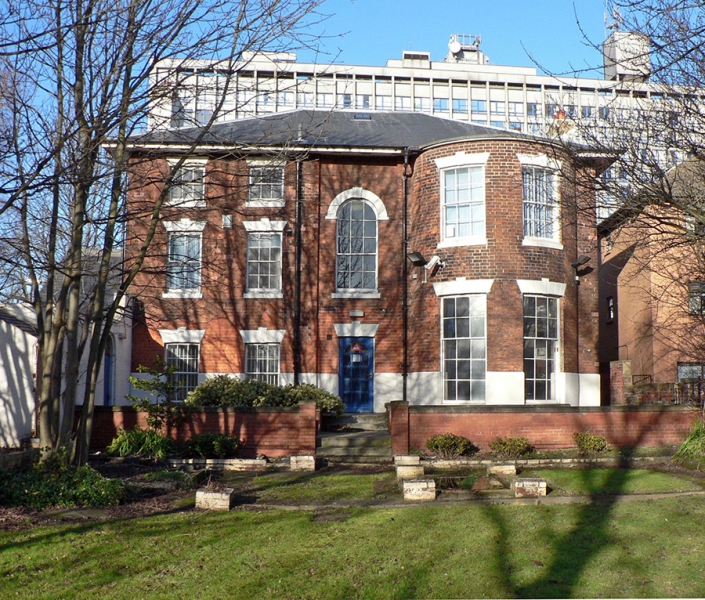 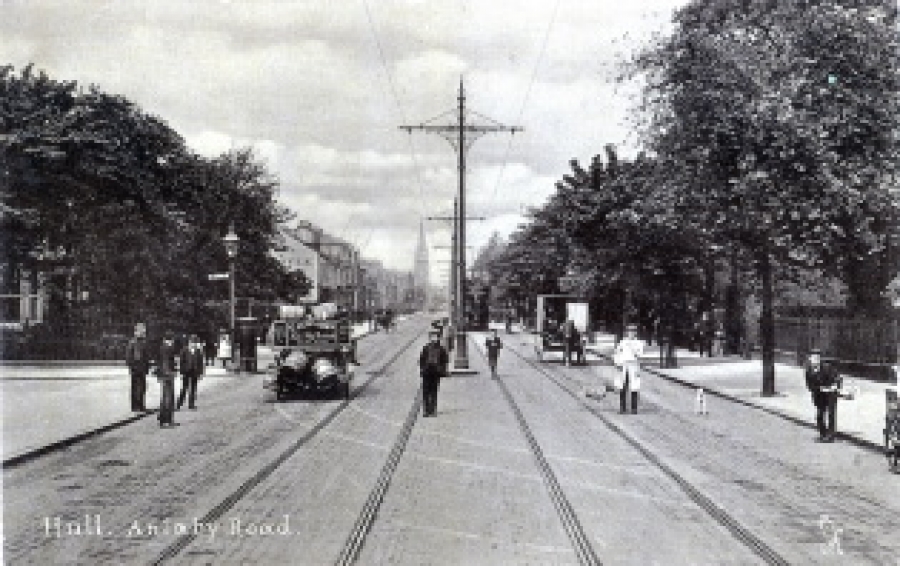 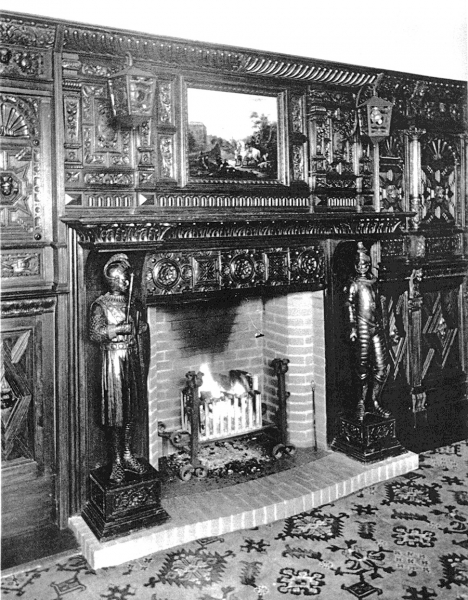 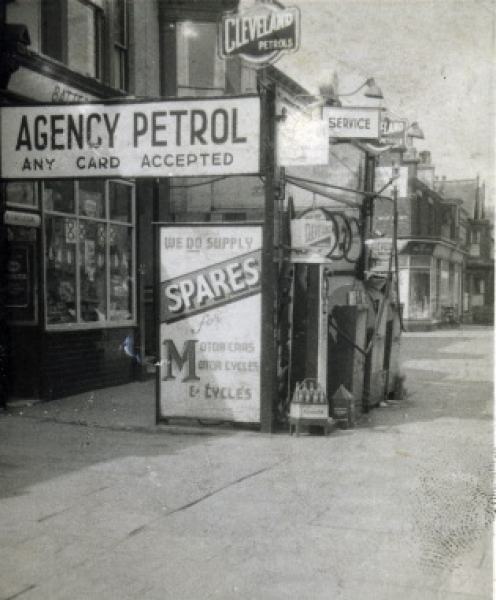 The Regent service station was situated between Regent Street and Bean Street. 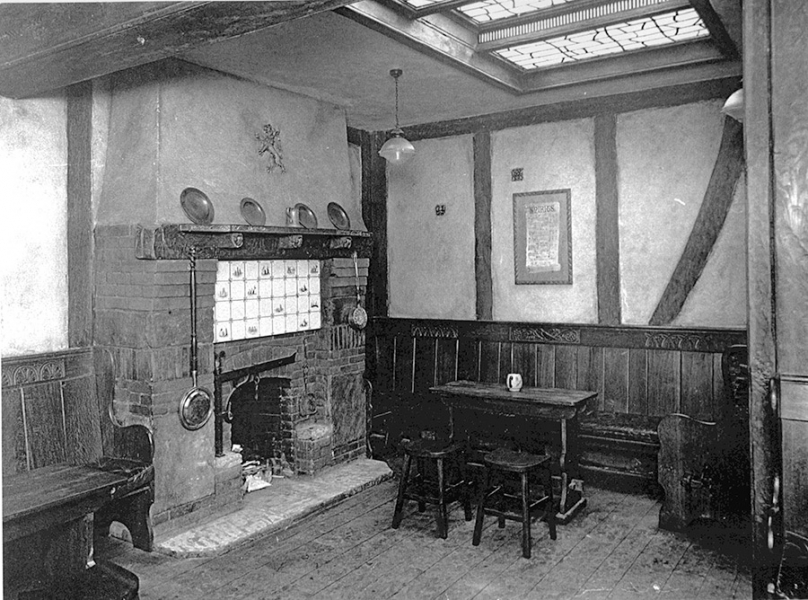 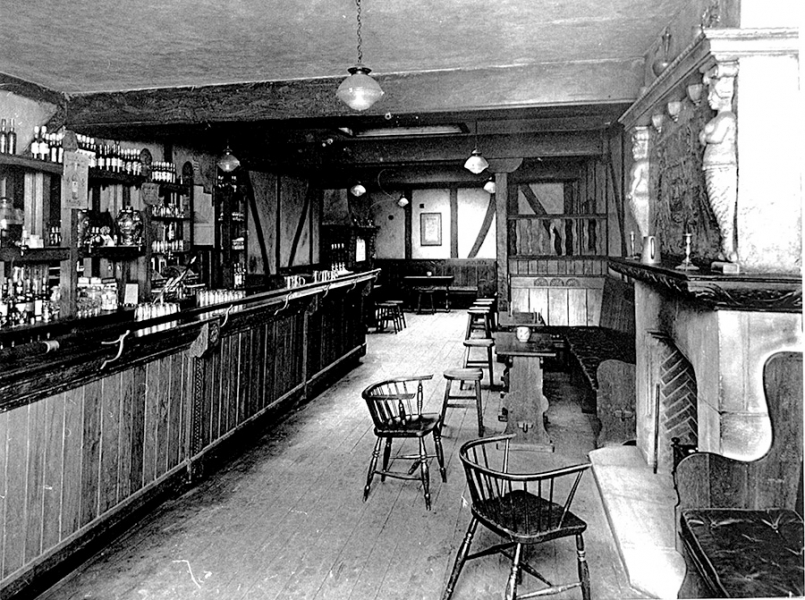