Admiral of the Humber

Part of the successful and creative Wetherspoon’s chain, who are known for utilising unusual buildings for their pubs, the Admiral of the Humber breathed new life into what was a very tired part of the Anlaby Road when it opened in 2000, and has become a very popular drinking venue for all ages. The premises are now listed as No.1 Anlaby Road.

The imposing building at the corner of Ferensway south and the Anlaby Road is presently occupied by Mosconi’s American Pool Club and the Mecca Bingo Social Club, but was originally the Cecil Cinema. The Cecil was the first cinema to be built on a new site in England following World War Two, and was opened by John Davis (managing director of the J Arthur Rank Organisation) and his wife on 28th November 1955. The building cost £270,000, and won architects Gelder & Kitchen an R.I.B.A. bronze medal for exceptional merit. Building work was carried out by Spooners Ltd and the huge cinema seated 2,052 in front of the largest screen in the country at that time. The new Cecil replaced the old Cecil Theatre, which had stood on the diagonally opposite corner of the Anlaby Road (see Theatre de Luxe).

Ferensway was extended south from the Anlaby Road to join up with Osborne Street in 1958, and enlarged to become a dual-carriageway in 1968. This required the demolition of the five surviving houses in Trinity Square.

Many terraces of property erected fronting the Anlaby Road as it developed westwards were named independently, although they still formed part of the Anlaby Road. The first line of houses (now shops) beyond the end of Carr Lane, past the Mariners Almshouses, was called Ocean Place, named with a nautical theme as it was built on lands acquired by the Corporation of Trinity House. Its westernmost end was marked by an old water-course known locally as the Blue Bridge Drain.

Ocean Place was constructed earlier than the Mariners Almshouses, on land belonging to John Portas that was used as gardens and nurseries. The long terrace of houses was first shown on Baines plan of Hull in 1823, which gives a latest possible date for the building of the property. The east end of the terrace (Nos.1, 3, 5 and 7) was lost when the southern extension of Ferensway was made into a dual-carriageway in 1968. The terrace was divided in two further west, with the construction of Midland Street, but mostly survives intact.

The grand frontage of the former Merchant Navy hostel, which now forms the “StopInn” hotel building on the corner of Ferensway, was originally The Hull & East Riding Club. The club had formerly occupied property across the road, on the north side of the Anlaby Road, within Regent’s Terrace. The club moved to Ocean Place in 1902 when Regent’s Terrace was bisected to accommodate the newly extended Brook Street. The initials of the club can still be seen over the blocked up entrance on the Anlaby Road frontage along with vestiges of beautiful Art-Nouveau design railings with typical ‘spade’ shaped points, once painted gold, and at the corner of Ferensway a 1970s/1980s extension, built on ‘stilts’ to accommodate the entrance to a pedestrian subway road crossing, that was never built. 2

The building that houses the present G W Horner’s public house first opened in 1910, as a cinema called the Kinemacolour Picture Palace. Built to the designs of the architect J M Dossor, the cinema was re-named the Regent in 1919, which it remained until closure in 1978. A change of use came in 1979 when it became the Arena Roller Disco; more recently the former cinema was converted into a public house, first known as the Prince Regent, with Gussy’s Bar attached and now G W Horner’s. The bar of the pub is situated in the former foyer of the cinema, the main hall to the rear having been demolished during redevelopment. G W Horner was a famous confectioner with a huge factory in Chester-Le-Street, where the first G W Horner’s public house is situated. The company opened its new venture in Hull in January 2006.

Beyond Midland Street and to the west of Ocean Place, there was very little property except for the odd inn, an old mill and long established farms. Sporadic building projects and new road developments gradually took over former fields, farms, market gardens and pleasure grounds from the 1820s and 1830s, but it was not until the 1840s that the Anlaby Road began to be built upon in a large way.

The properties that front the Anlaby Road, were not built sequentially from the city centre but consisted of many blocks and terraces of property built independently. The many terraces, streets and houses were built at different dates making it difficult to compile a smooth east to west chronology. The stretch of property between Midland Street and Pease Street included two of the Anlaby Road’s more well-known buildings.

The New York Hotel was more famously known as Alfred Percy’s York Commercial and Temperance Hotel and Restaurant; opening c.1880, it was popular with teetotallers and temperance enthusiasts in Hull. Initially a single property, it soon expanded both east and west, taking in the adjoining properties in Ocean Place. Known locally as Percy’s Cafe, it was partly demolished and re-built in the 1920s, and altered again in 1954, much as we see it today. From c.1961 it was known as the New York Hotel and Ballroom, a popular dancing venue well into the 1960s. More recently known as Jack’s Nightclub & Bar, it has suffered badly during many redevelopment projects over the years, and is presently derelict and awaiting demolition. The property and the adjoining Salvation Army premises, along with the former Albert Hall Music Hall in Midland Street, are the subject of a planning application for the construction of a hotel and car park that will require the demolition of most of this block. The plans were approved in November 2005 but work is yet to commence. 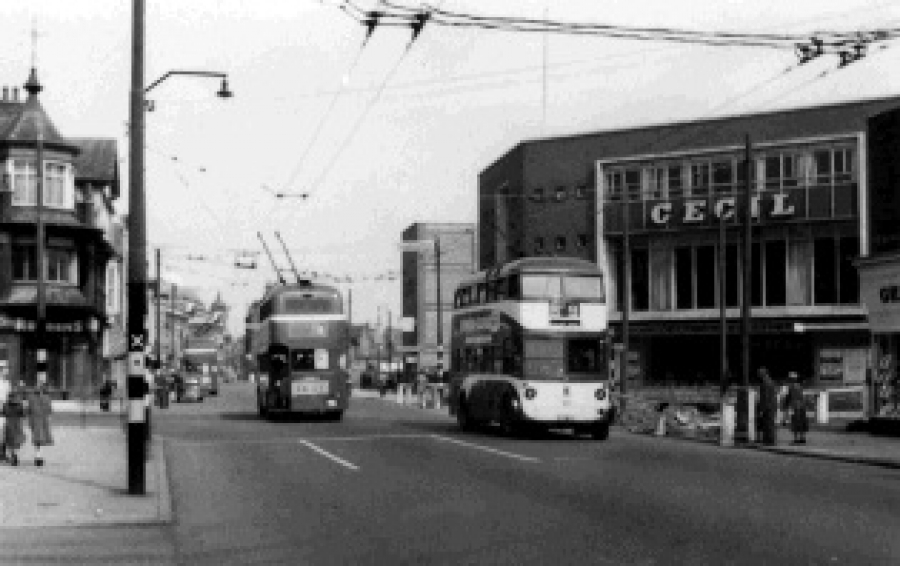 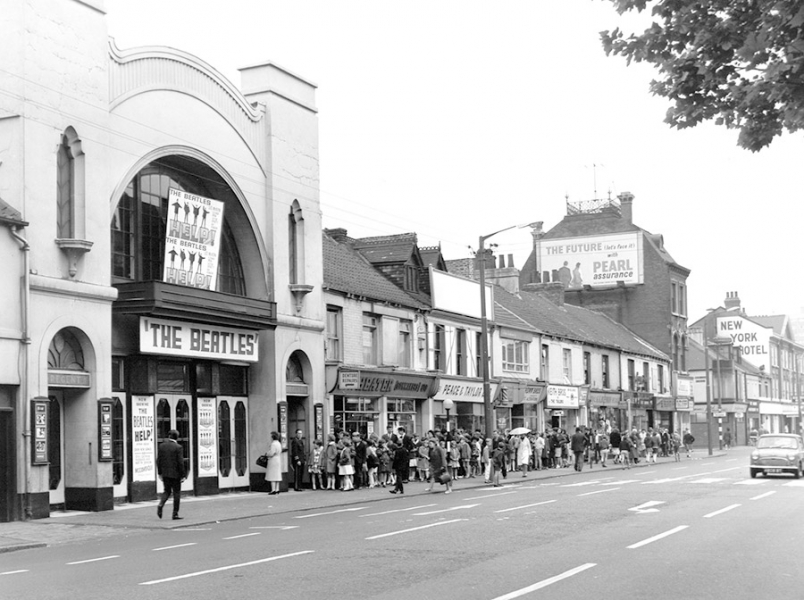 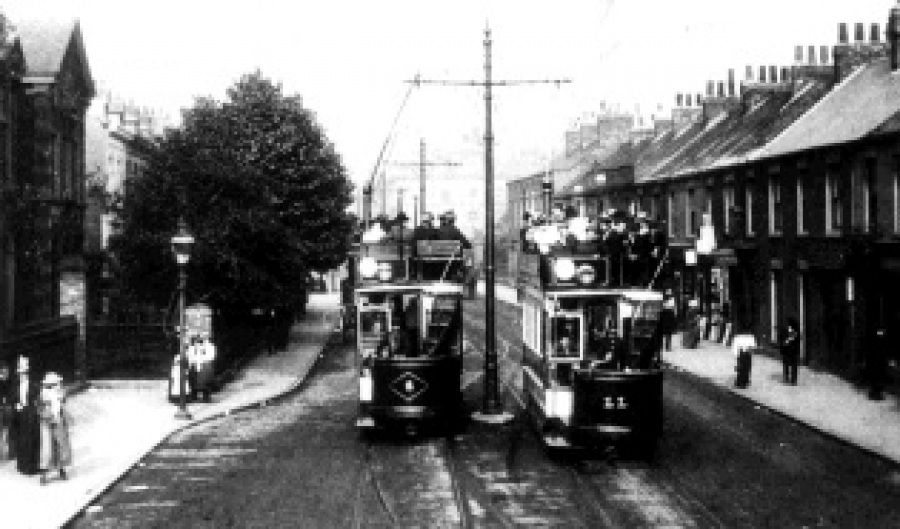