East Ella Hall, and its extensive grounds, were purchased in 1920 by Mr Percy Newbound, and converted into the White City Pleasure Grounds, opening at Whitsuntide the same year. The list of entertainments during the opening weekend included hot air ballooning, American jazz bands, and Dutchman Jaap Van Laren, who was billed as “the world’s most amazing slack write artist.” Hundreds attended the first evening, when a dance was held in the new wooden pavilion; the whole premises being “stunningly illuminated” that night. A season ticket for the White City cost 25 shillings. A drinks licence was applied for in 1922 and was granted despite numerous complaints from locals; the extra revenue generated shows clearly on the 1928 Ordnance Survey plans, where extensive new buildings are shown in the grounds, including a large Dancing Hall and a separate Concert Hall, with the old house being used as a bar and recreation area. An early visitor to the White City was local resident Mr Backwell who recalled: -

“... queues on the opening day went as far as Hamlyn Avenue, and once inside everything was free except refreshments; a free stage show, cocunut shyes, tennis courts, and many stalls - in fact a Hull Fair on a smaller scale.The most enjoyable two events were the areodrome hanger turned into a dance hall (I personally spent many happy nights dancing to Tom Witty and his merry men) and the other a large marquee, where Signor Coma played every Sunday night; Mr Betting De Boer was his first violinist, and much pleasure was given to many elderly folk...”

The Hull Daily Mail reported the return of roller-skating to Hull, at the White City, in its edition of 12th September 1933: -

“Skaters in Hull found their feet again last night. The occasion was the opening of the White City Rink and there was a large crowd at the inauguration session. The rink is under the personal direction of Councillor J G Tooth of the T&T Rink, Bridlington, and skaters will find that many improvements have been carried out. The floor has been re-conditioned, there is a new learners’ rink, a new bandstand, the cafe has been enlarged and the grounds leading to the rink have been illuminated. Brian Carslake and Millicent Evans, who have won competitions in all parts of the world, and who are two of London’s leading professionals, have been engaged under the new management”.

From c.1933 it was known as the White City Skating Rink & Wrestling Stadium, and from c.1938 just as a skating rink. The following Hull Daily Mail report of 10th August 1938 summarises the sad, and premature, end of the White City Stadium: -

Dashing to a disastrous fire at White City, Hull, today, Hull fire brigade was held up for four minutes at the Boulevard railway crossing. From this point, three-quarters of a mile from the fire, the Brigade could see flame and thick smoke rearing high into the Sky. “We had to just sit and watch it burn” a fire brigade officer told a Mail reporter. “Had it been a dwelling house those four minutes would have meant all the difference between life and death”. The outbreak occurred at the White City stadium, the scene in recent years of many stirring boxing and wrestling matches, a building capable of accom-modating 5,000 people. First seen at about 11:50 am, in less than 15 minutes the whole huge build-ing had been destroyed. Built of wood, with a tar-soaked roof, the stadium was about 190 feet long and 90 feet wide. At 12:15 pm nothing remained standing except some brickwork at the Anlaby road end. It is believed that the rays of the sun on the windows started the fire.

SWEPT FROM END TO END

“I was first told about the fire by some little girls who were playing near”, the woman caretaker told the Mail. “One of them, called Marie Loft-house, had run inside the stadium and was at once driven back by smoke. She came to tell me, and when I ran out of the mansion (the large brick building which is the centre of the White City and separated only by a few yards from the stadium) I saw puffs of smoke coming through the roof ventilators at the road end. In an instant flames burst through and swept front end to end of the building. I was afraid the Mansion would catch fire”. Many of the front windows were cracked by the fierce heat. -

There were apparently, two almost simultaneous discoveries of the outbreak, for a second notification was given to the girl secretary of the White City. She told the Mail that a woman named Florence Billingham, of Queensgate street, rushed into the Office at the White City and said that smoke was issuing through two windows at the front of the stadium. She ran to inform the manager, Mr W. Ogden, Junior, and on her way actually passed through the stadium.

“I saw the smoke at the far end nearest the roadway, as I ran across the stadium”, she said to a Mail reporter, “and when I came back – less than a minute later - the whole building was in flames”. Two separate alarms were given to Central Fire Station about five minutes to twelve. The first said there was a fire at White City, and one engine was immediately sent. Soon afterwards came the second call, saying that flames were pour-ing through the roof. A second engine followed the first, and caught it up at Boulevard crossing, where it was still waiting for the gates to open! The firemen were just being paid when the calls arrived, and dashed to the fire with their wage packets stuffed into their pockets.

When the brigade reached White City they could do nothing to save the building, winch was already a flaming black skeleton. The heat coming in the midst of a minor heatwave was terrific. Firemen discarded their heavy helmets and fought the flames with their tunics unbuttoned.

The firemen concentrated on saving adjoining buildings - a skating rink of similar size and construction a short distance away on the other side of a lawn, the mansion itself, and even a small thatched summerhouse, which had begun to smolder. The sun-parched grass quickly ignited, making it more difficult for the firemen to approach the blaze. Trees round the stadium also caught fire, one at the road end burning like a huge torch. When the flames had been quelled, these trees all had brown withered leaves, creating the impression of a premature autumn.

Electric shocks were festooned over the grounds after the wooden posts had been burnt down. These were a source of trouble to the firemen when they first arrived. Dragging the hose in through the main entrance they found these wires were still live and received minor shocks from them. At 12:15 all that remained to show this heap of charred wood had been a building were three small heating radiators. A huge crowd – mostly school children on holiday – was drawn to the scene by the great pillar of tar-smoke, which could be seen from all parts of the city. But so rapidly was the place destroyed that very few arrived in time to see it burning.

A “Mail” man who was passing at the time actually saw the fire start. Thick smoke rising from behind the main entrance gates gave the impression that s somebody was burning rubbish in the grounds, but it was soon obvious that something worse was afoot. “There was a burst of red flame. A billposter busy on the hoardings out-side shinned up his ladder to the top of the surrounding wall to see exactly what hold the flames had got. Rarely can anything have gone up so quickly. Starting at the road end of the building, the flames within a few minutes were billowing 80 feet in the air, reaching above the treetops, and it was obvious that however quickly the fire brigade reached the scene nothing at all could be done to save the place from complete destruction. There was a fresh northerly wind, but the flames ate their way against this as they devoured the rest of the doomed building.

There is a wide double roadway on Anlaby-road at this point, but the heat was too intense for anyone to stand even on the far pavement. Tall trees surrounding the burning building were reduced to so much white ash, as if painted by a sharp frost on an August afternoon. There is a certain irony in the fact that five years ago there was a proposal before Hull City Council that a sub fire- station should be built on the corner of the White City grounds - less than 100 yards away from the stadium. The plan was turned down on the grounds of economy.

What remained of the pleasure ground buildings were mostly demolished in 1945, although the ruin of the former dancing hall and the mansion itself remained until c.1951. The site in front of the house was, somewhat ironically, used by the Fire Brigade until the Calvert Lane Station was constructed. The two former lodges of East Ella Hall and survived all the changes that took place around them, finally being demolished in 1955.The Town Planning Officer’s Annual Report of 1967/68 records the dispersion of the land that once held the White City Pleasure Grounds. The “White City Estate” was divided up for redevelopment as follows: - 1.031 acres for Housing, 0.945 acres from for “Public Open Space”, and 1.204 acres for “Welfare Services”. The site is now marked by a small grassed area with a path marking the alignment of the approach road that led to the former mansion. A number of trees survive here from the original estate, and the footpath leads to a block of flats built on the site of the hall. The remainder of the East Ella estate, west of the White City development, remained undeveloped until the post World War Two period. 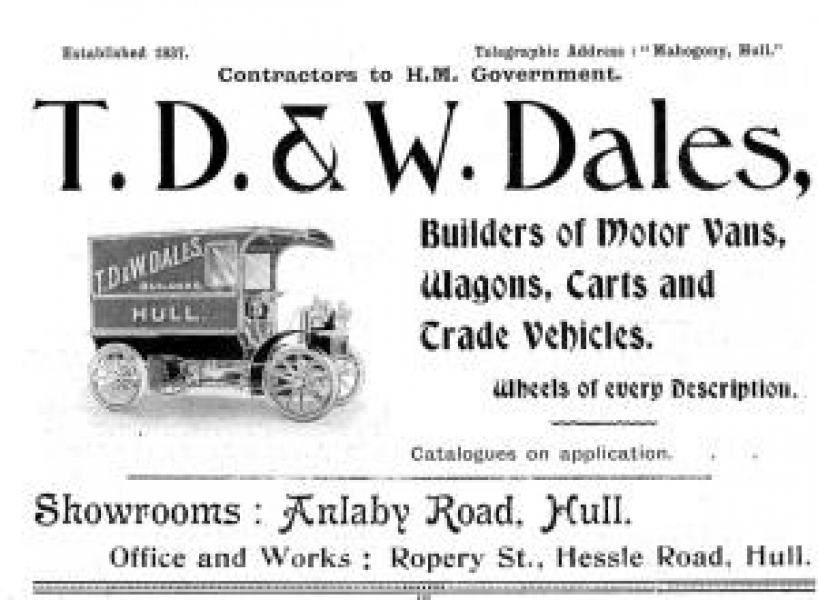 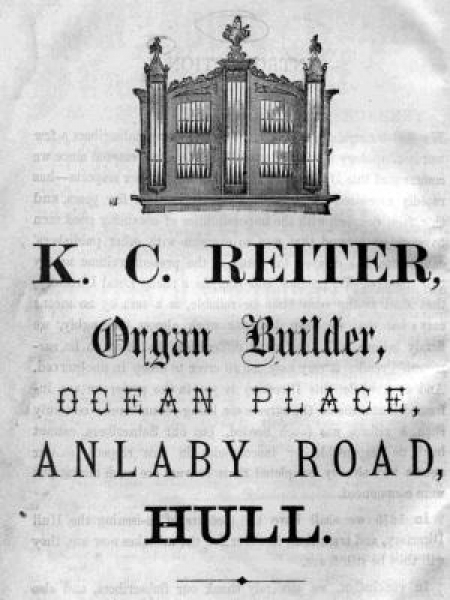 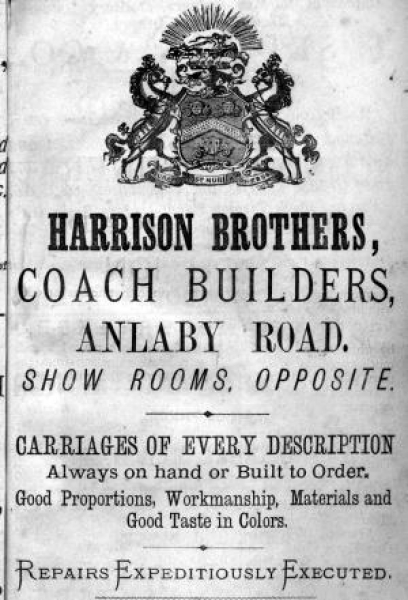