As the development of new streets was laid out north of the Anlaby Road, a series of short terraces were built fronting the main road between the streets, all of which survive. The shops and houses were complemented with a new public house in the 1960s, and more recently by the development of two supermarkets and three car showrooms filling the plots left vacant by businesses that have left the area.

The construction of the Silver Cod pub and the flat above, was completed in October 1963 for the brewer’s Worthington & Co, who had very few premises in Hull. Situated at the corner of Northfield Road its typically plain 1960s architecture now appears dated, and the property struggles to stand out from the now characterless terrace of property that adjoins it. Nevertheless its popularity has never dwindled and its place in the local society is as welcome as ever, although a refurbishment would be well-deserved and is overdue.

Old Newington Farm was situated just west of the level-crossing, although it had existed long before the railway cut north, across Myton Ings and Myton Carr, on its way to Cottingham. In his 1883 work, entitled “Old & New Hull”, local historian Tindall Wildridge noted that the farm called Newington is mentioned in the town records as far back as the reign of Charles I. The area around the farm buildings is recorded as “Newington” on many older maps of the area, and was still marked on maps in the late 20th Century as “Old Newington”, not to be confused with Newington Farm, further west, or Newington Hall on the opposite (south) side of the Anlaby Road. The name Newington today denotes a much larger area, but this is the municipal or parliamentary ward of Newington, which stretches much further south of the Anlaby Road.

Old Newington Farm was a cowkeeper’s residence for most of the 19th Century, and from c.1914 it was listed as a dairy; The Newington Dairy Co, which it remained until c.1930. It was at this time that the exterior of the buildings was painted white, with black boards, when it was fashionable to do so, and this led to it becoming know as “The White House”, and it is shown as such on a map of 1928. In its later years it had been a painter & decorator’s premies, a hardware store, and latterly a garage and engineering company. Photographs show that it had a large central chimney stack, in keeping with buildings of the 17th Century and had more people been aware of its historic local and architectural significance it may have been preserved.

The anonymous old farmhouse, whose main building faced the Anlaby Road, was still in existence in 1958, but was sadly demolished without protest around 1960. The site of what was the Anlaby Road’s oldest building is now taken by a second-hand car dealership, with just a few engineering out-buildings remaining as a reminder of its former use at the rear of the site.

A small development, of quite high standard houses, was built beyond the overhead railway line in 1902. Messrs Wellsted & Son, land agents & surveyors, submitted plans for “two new streets on the north side of the Anlaby Road, between the Hull & Barnsley Railway Line and Calvert (or Jameson’s) Lane”, in the summer of 1902. Plans in the Hull City Archives show that houses in the same development were built fronting the Anlaby Road, just west of the overhead railway bridge, from 1902.

The six large, large three-storey houses leading to the corner of Hamlyn Avenue (Nos 700 to 708) seem out of place in amongst the later 1920s and 1930s developments, and suggest that the earlier developers had high hopes that this area would become a more exclusive suburb.

Leading from the corner of Hamlyn Avenue were eight more large Edwardian houses facing the Anlaby Road; these were adjoined by purpose built shops and houses in the mid 1930s, during the same phase of development that produced Meadowbank Road and Cardigan Road. During the development works the Anlaby Road was widened at this point to accommodate the increased levels of traffic; photographs in the Hull City Archives show work well-underway in 1936. At that time the Anlaby Road was still almost rural in this vicinity, the city boundary being the east side of Calvert Lane, and remaining the western extent of Hull until 1929, when the city boundary was extended to its present line further west. The Anlaby Road opens into a spacious wide thoroughfare beyond the overhead railway line, although its once rural nature has undergone huge changes due to modern levels of traffic.

The 1853 Ordnance Survey plans show just four properties between Calvert Lane and the village of Anlaby; East Ella Hall, Newington Farm (another one), Laurel Villa and Providence House, and this remained the situation until the expansion of the late 1920s.

East Ella Hall was constructed c.1840/42, when a local solicitor John Galloway bought the land and built a house for himself. Galloway occupied the house for many years, and he was recorded there with three servants in both the 1841 and 1851 Census. The house boasted 15 bedrooms, three w.c.’s and three wine cellars, and a timber merchant, Robert Jameson, acquired the house c.1857 and remained until c.1900. Jameson was later known as an educational philanthropist, and supported the Hull & East Riding College from its inception in 1866, to its closure in 1893. After falling into disuse, the house and its estate was sold at auction in 1909 and intended for demolition. In 1920 it was condemned as “definitely worth only the value of the old material, less the demolition costs”, however it remained as part of the White City Pleasure Grounds until it was finally demolished in 1951.Two former lodges, built in the 1860s, remained occupied until c.1920, and survived at the Calvert Lane entrance until c.1955. 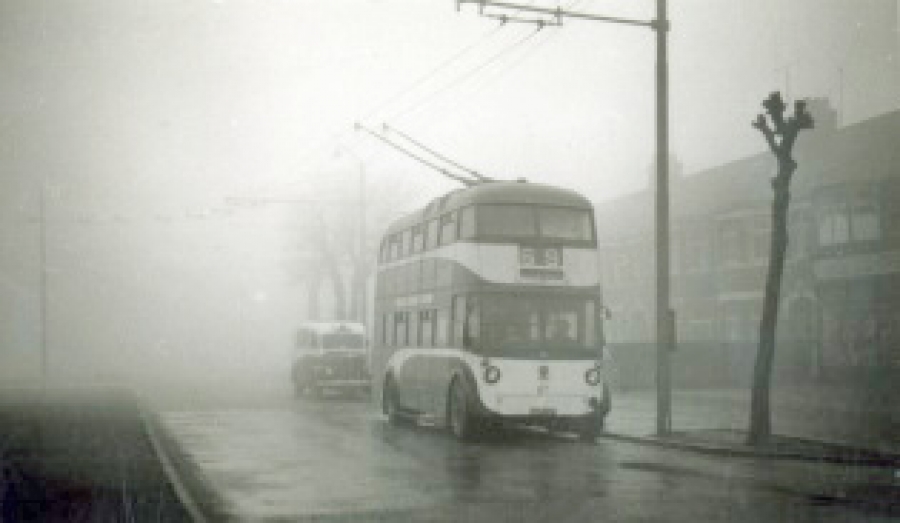