It would come as a surprise to most local people that horse racing was once held in Hull, as everyone usually accepts that Beverley was historically the nearest venue. However, the Hull races are mentioned as early as 1754, when in writing a letter to her husband in July of that year, the nonconformist Mary Robinson mentions “thare was a deal of very good Company at Hull in the Race weak” (sic). The races obviously took place over a number of days, and promoted evening entertainment, as Mrs Robinson went on to say “Miss and me was thare two nights and one morning at the Concert and three days upon the feald” (sic).

Jeffrey’s 1775 map of Yorkshire shows the “Race Ground” in “Newington”, a hamlet just north of the Anlaby turnpike road. The ground is shown immediately north of the second milestone marker, to the west of Old Newington Farm; a later map of East Yorkshire, made by Cray in 1789, confirms the location of the racecourse. From 1770 onwards, and probably earlier, the York Courant newspaper ran advertisements for the Hull Races every summer, the racing usually taking place over three days, in July or August each year. Initially the horses were registered at an inn, usually the King’s Head in Mytongate, before the race; here, amongst other pre-race celebrations, a cock-fight would usually take place. By 1774 horses were shown at a booth located at the ground and by 1777 the ground had “new stables, built at Newington, adjoining the ground”, and these may be the buildings that are shown on later Ordnance Survey plans of the area. Horses were often gathered further east prior to the races, in stables nearer the town, as this article from the Hull Advertiser of 25th June 1796 noted: -

The horses to come to Mr. Leonard’s Stables, opposite the first mile stone on the Anlaby Turnpike from Hull leading to the Race Course. Entrance Three Guineas each & Ordinaries and Assemblies as usual, Horses to be entered at Mr Hollom’s booth” (sic).

The races were usually held in four-mile heats, with a £50 purse for each race, a substantial sum for 1796. James Sheahan, recalling the 1796 Hull Races in his “History of Hull” in 1866, noted “there was but one race each day, in heats ... one of the jockeys, a man named George Heron, was killed on the second day by being thrown from the horse he was riding in the race”. Stephenson’s 1848 directory of Hull noted that the 1796 races were the “last Hull Races upon Wold Carr” (the land north of the Anlaby Road), and this may be confirmed by the York Courant, whose advertisements for the races appear to cease in that year. However, a more recent history of Hull by Gillett & MacMahon notes: -

“Horse-racing, popular for many years, continued on the Wold Carr, in Newington, often with as many pickpockets as gentleman, the races were salubrious enough to attract Lord Milton, Daniel Sykes of Raywell, and W J Denison – High Sheriff of Yorkshire”.

This was a quote from a newspaper report that appeared in the Hull Rockingham of 1808, although the newspaper may have been speaking retrospectively. However, the popularity and demand for the races continued, and in 1839 the Hull Advertiser newspaper reported that moves were afoot to “locate a ground suitable for the Hull Races to be reconvened upon”, and noted that the races “had been well attended 40 years ago”. Although horse racing had clearly ceased on the old racecourse, “trotting races” were still being held on the Anlaby Road itself. The Hull Advertiser of 9th April 1841 noted that two horses (one British and one American) had raced for 300 yards, on the “afternoon of Tuesday last”. Later that year, a “Pony Race” was held on the Anlaby Road, as this exciting race report illustrates: -

“Last Monday evening, a race came off on the Anlaby-road between Mr Scott’s cream-coloured pony and Mr. Bowman’s grey pony, ridden by the owners. The distance was three miles; the first mile walked, the second trotted, and the third galloped. On starting Mr. Scott took the lead, and reached the end of the first mile about four lengths a-head of his opponent. In trotting the second mile, Mr. Scott broke into a gallop four times, and had to turn round, Mr. Bowman only breaking twice; Mr. Scott, however, arrived at the end of the second mile about twelve yards a-head of Mr. Bowman. In galloping the last mile Mr. Bowman took the lead, and kept about thirty yards a-head till within a quarter of a mile of the winning-post, when Mr. Scott gradually gained ground, Mr. Bowman winning by only half a neck. Mr. Bowman’s pony was very much distressed; and Mr. Scott having used neither whip nor spur throughout, it was quite evident that had he not laid by so long in the gallop he must have won easy, notwithstanding his having lost both his stirrups about thirty yards from the winning-post. The race excited considerable interest, was well contested throughout, and the jockeyship of both gentlemen was good. Betting was 5 to 4 on the cream-colour. We understand they are matched to repeat the race, on the same ground, in about a month (sic)”.

The 1841 article suggests that the old racecourse was still in place at that date, and may have continued to be used for some years after. In terms of size it seems that the Hull racecourse was comparable to the present Beverley racecourse, its natural boundaries were defined by the pre-existing Derringham Dyke (the alignment of Spring Bank West) to the north, the turnpike road to the south, and the Old Newington Farm estate to the west. Modern aerial views of the area reveal that the shape of the course can still be seen in places, and that the north side of the former racecourse is still open land over 250 years after racing began.

The later horse shows, and agricultural fairs, held on these fields suggest a continuity of regular sporting use of the site; the Royal Agricultural Show was held here in 1873 and 1899, and the Yorkshire Show in 1904. In the 20th Century these fields were still being used as sports and recreation grounds, as they become built upon in the 1920s. Tennis courts and cricket pitches are shown on photographs of the area from 1926, and this was the location of the West Hull Tennis Club, S W Liberal Tennis Club, West Hull AFC, and North Newington Church tennis club amongst many others, but by 1930 most of the clubs had found new homes as the land was developed. The south side of the old racecourse site was built upon in the late 1920s, when Parkfield Drive, Springfield Road, Northfield Road and Wold Carr Road were constructed, each of their names alluding to the names of the fields they were built upon. One of the first new buildings constructed on the site of the old racecourse and sports fields continued the entertaiment theme.

The Carlton Cinema opened on 9th September 1928, when the first film to be shown was “Lonesome Ladies”; the huge Art-Deco building was designed by the local architects Blackmore & Sykes, with seating for 1,671 people and featuring the distinctive globe, which remains at roof level. The Carlton was well used by the population of Newington, and after suffering minor damage during World War Two, the building remained in use as a cinema until 1967, when the last film shown was “Those Magnificent Men in Their Flying Machines” in April of that year. Following refurbishment, the downstairs seating was removed, to be replaced by tables and chairs, following which, the building was used for the latest craze of Bingo, which was then sweeping the nation and indirectly saving many old theatres from demolition. Bingo continues at The Carlton to the present day, as part of the Mecca group. 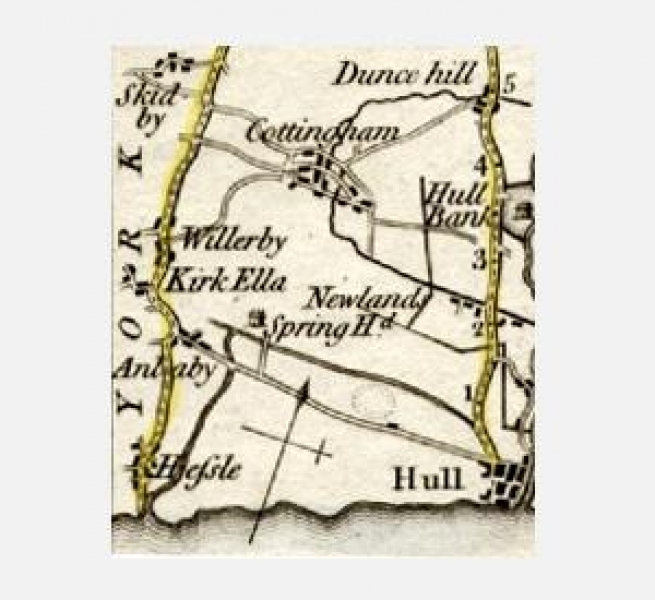 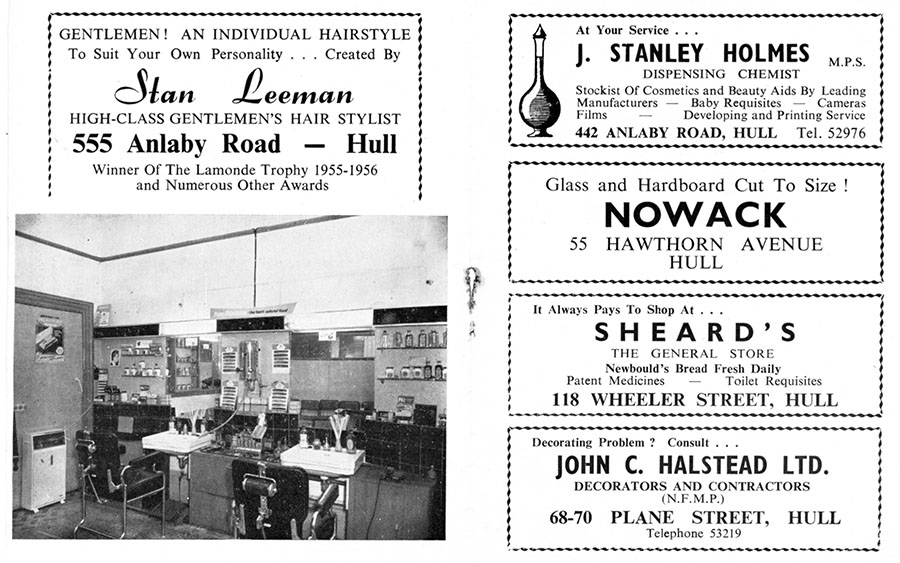 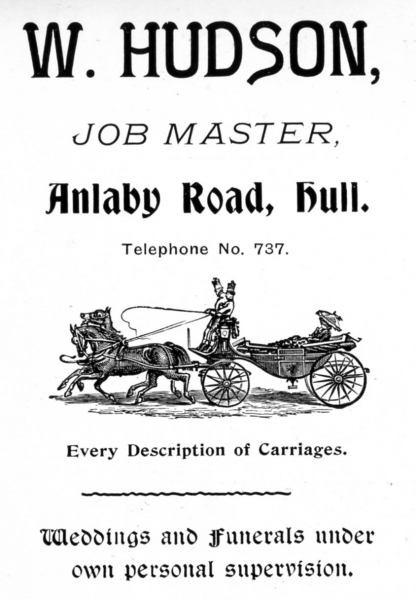 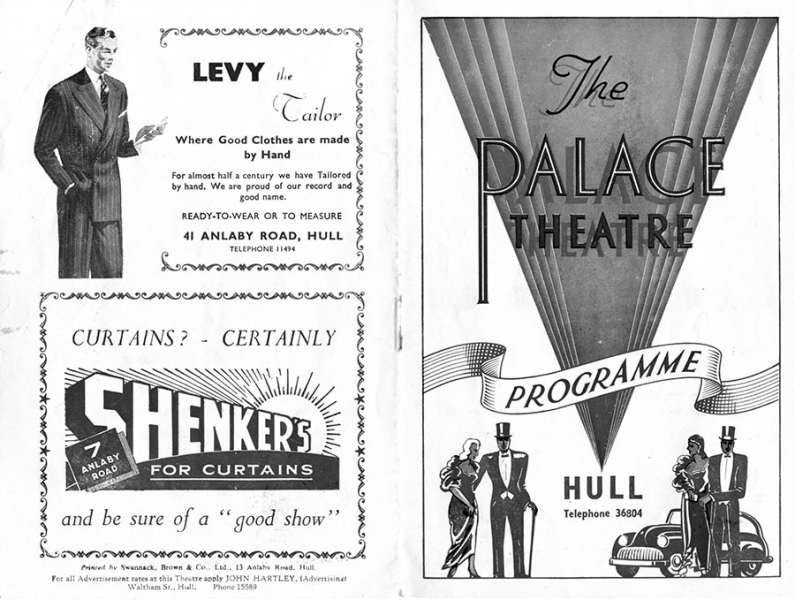