Another feature in Newington life is its many cricket clubs, which seem to take advantage of any and all plots of land as yet uninvaded by the builder. It is a charming sight upon a summer’s eve to see these lads and young aspirants to cricket fame gaily sporting on the green, and thoroughly enjoying the pleasures of a manly pastime. Hull, in its time, has produced many excellent cricketers, and one of its veterans is still alive in Mr Andrew Crossland, who some 30 or 40 years ago, in the Brown Cow Field, on the Anlaby Road, displayed his talent against several All-England elevens, and in his time has shone on many a local tented field.

From the outskirts of Newington upon a stilly eve, when the hawthorn perfume is in the air, and the sun is dipping westward in a golden glow of brilliant splendour, it is charming to look towards the northern hills and watch the revolving sails of the ancient Skidby Mill in the upland distance. This mill – if I may so term it – is almost the last Mohican of its race, and like its fellow on Swanland Hill, carries the mind back to other days and other millers than the present ones. The rural miller and cadger is almost a memory of the past, and the memory is a pleasant one indeed to those who knew the various features of village life in the vanished days and bygone hours.

In concluding this article, I may venture to remark that it probably will not be long before Newington is in residential touch with Anlaby, as far as our city has undoubtedly a big and prosperous future before it and as it expands so must its immediate suburbs follow its progressive path. A “Rip Van Winkle” sleep of half a century to terminate in 1950, would disclose an amazing change in Hull and Newington and all the city’s suburbs. By way of postscription I may add that it is almost a work of superfluity to indicate that in this neighbourhood is the West Park, with its floral and arboreal culture, and that hard by us is the ground of the premier cricket club of the city, while near at hand is the space on which our annual pleasure fair is held in each October. The roads and avenues of Newington are excellent features and the things required to bring us up-to-date are a public library, a Hull and Barnsley station, a North Eastern railway station in St George’s Road, and also a hall for high class vocal and instrumental music. Time will bring us these institutions, and when tempus does his duty we shall then be an excellent outskirt and an imposing adjunct to an ancient historical town and modern city of ever-growing importance”.

It is probable that the Newington Hotel, originally known as the Wold Carr Inn, was used as a works office for the new building sites north and south of the Anlaby Road in the 1860s; much in the same way as the Brickmaker’s Arms in Walton Street. Public houses were often the first properties to be built, usually at the corner of a development, and even before they were licensed were often used as makeshift works offices, and rooms for workers to shelter and receive their wages. In 1909 the pub had a new farrier’s shop, bottle store and shed built at the rear of the building, at a cost of £195.63 Originally, the pub had three-storeys, matching Cumberland Terrace on the east corner, and making a symmetrical entrance to Walton Street from the Anlaby Road, but the top floor was removed after World War Two, possibly as a safety measure following nearby bomb damage. A long-standing Moors’ & Robson’s pub, the corner of the building featured a large set of “M&R” initials within a stone plaque, which has since been covered or removed. Memories of the brewery were retained within the pub, which held a collection of photographs and brewery memorabilia until very recently. From circa 1901 to the early 1930s, the pub was run by the Parker family - notably Ernest Parker, who also had a local fruit and vegetable shop. The colloquial name Parker’s has been associated with the pub ever since, and it is now officially called Parker’s and is undergoing renovation at the time of writing.

An adjoining terrace of property was built (by 1874), extending west from the Wold Carr Inn and Walton Street, and named appropriately, Newington Terrace; there were four properties in the short terrace including the pub, numbered No.1 Newington Terrace. A further pair of houses were built adjoining Newington Terrace c.1876 and these were named Somerset Villas, no doubt with reference to the existing Somerset House, which stood further west. The houses had small front gardens, and were divided by a central passage, which led to two further properties directly behind. Beyond the two houses of Somerset Villas was a path leading north, later to be named Ivy Arch. Ivy Arch ran alongside Ivy House, latterly well-known as a jeweller’s, leading to a warren of small terraces built behind the Anlaby Road frontage. Swanland Cottages, Ransom Terrace, Ada’s Terrace and Wold Carr Villas were squeezed in behind the buildings fronting the Anlaby Road; all of the terraces have been demolished but the properties fronting the Anlaby Road remain. Somerset Villas was extended c.1879 by a further two houses, immediately west of Ivy Arch. Two final properties were built adjoining Somerset Villas soon after (pre 1881), completing this block. These were purpose-built as shops and included the Beetonville Post Office, which moved to its current address at No.380 during the 1920s. Beyond Somerset Villas a footpath led to a long terrace five houses, perpendicular to the Anlaby Road, known as Spring Grove, long since demolished and the site now used as a car park. Beyond Spring Grove was an open plot of land, formerly used as a roper’s premises. The long plot was laid out with housing in the late 1880s, and was to be named Norman Street.

The 1889 Ordnance Survey plan also shows a large open plot on the south-east corner of the street, formerly occupied by Michael O’Connell & Sons’ rope & twine manufactory. By the spring of 1892, the manufactory had moved to premises on the Hessle Road, and the site had been “acquired for a new Presbyterian church”. 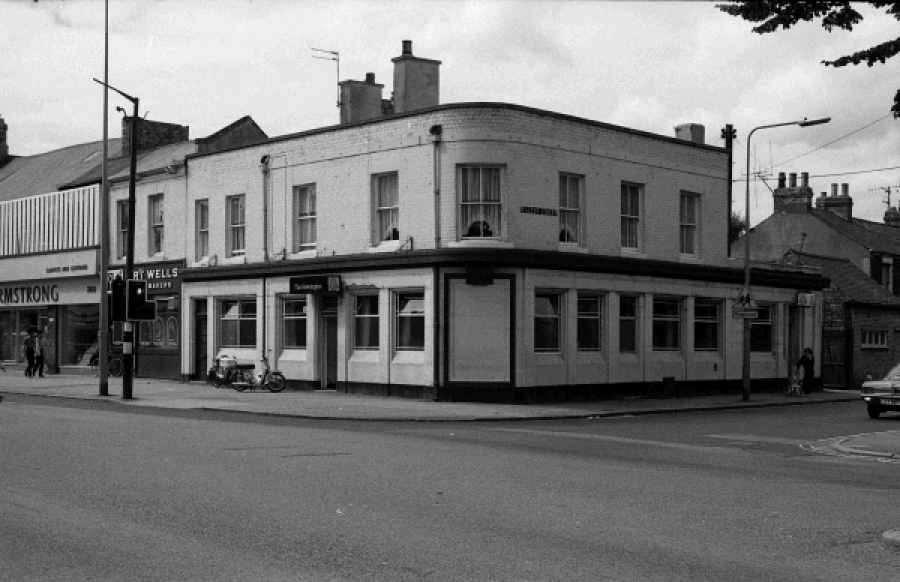 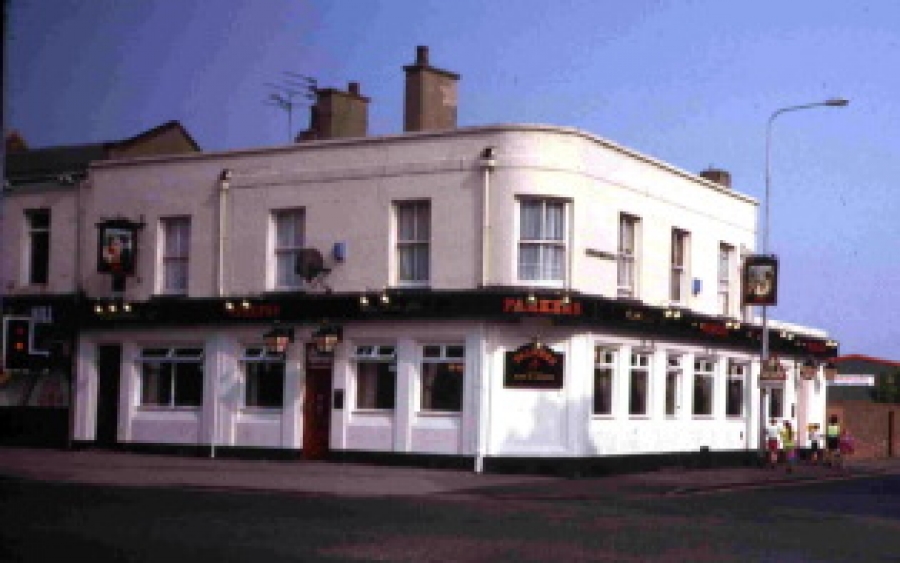 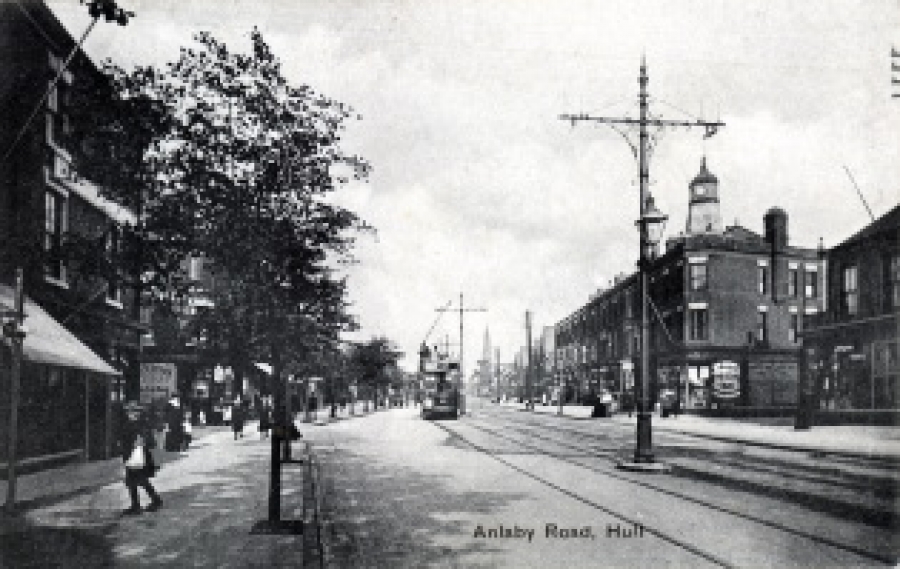 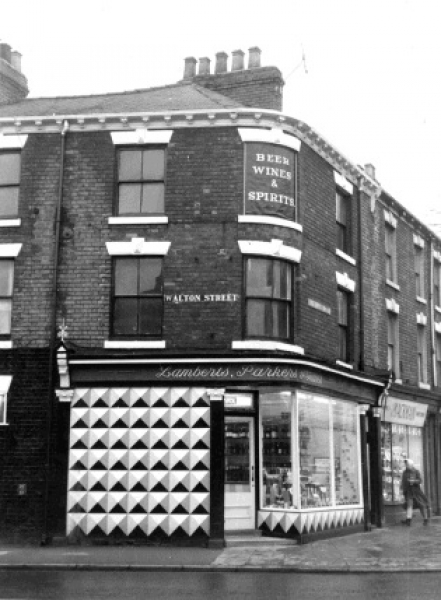 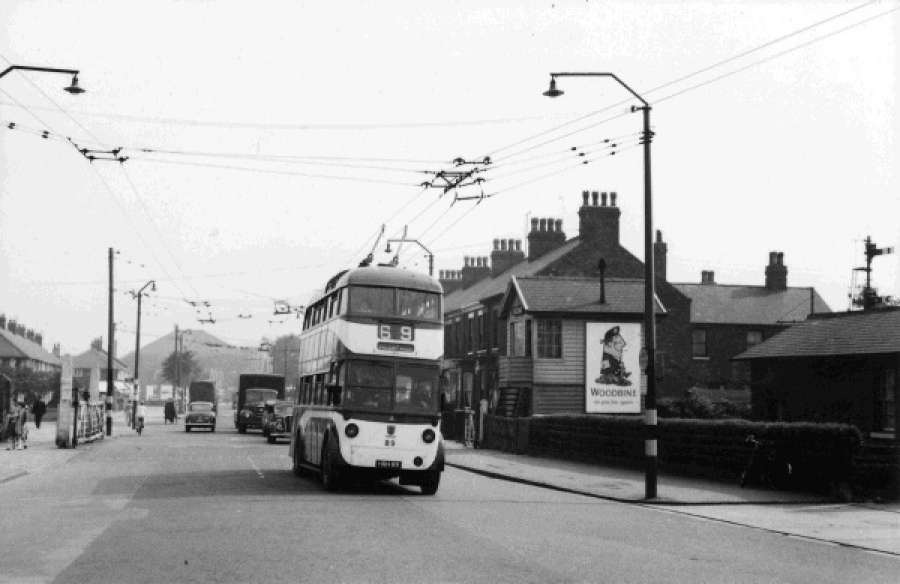 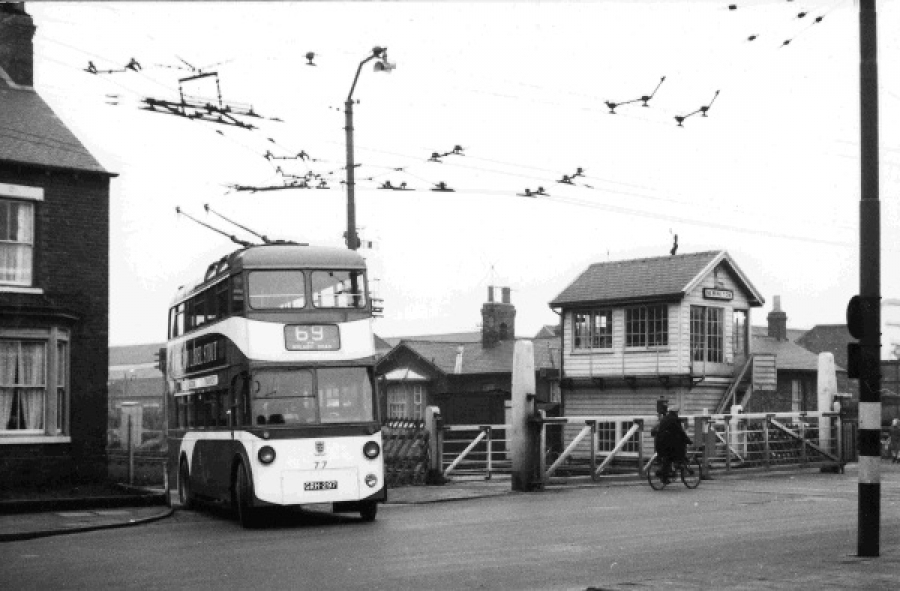