The Hull & Selby Railway Company Bridlington branch line opened in 1846 and crossed the Anlaby Road at this point, heading off to Cottingham, Beverley and Bridlington. The railway company constructed a signal box and two railway cottages west of the lines c.1850, to house railway staff who would have been on constant duty to operate the level crossing. The line closed on 13th September 1965 and the signal box was removed, although the cottages survived until the late 1960s, when they were demolished along with many other railway cottages and redundant railway buildings in the Hull area. The 1967/68 Town Planning Officer’s Annual Report noted: - “Newington Branch Line Abandonment - Subsequent to British Railways abandoning the Newington Branch Line, a scheme was prepared showing a public footpath and cycle track from the Anlaby Road to County Road South. The Town Planning Committee noted this proposal and instructed the City Treasurer to negotiate for the necessary land from British Railways”. The route of the former railway remains in use as a popular and well-used cycle track and footpath from the Anlaby Road to Spring Bank West, and has undergone vast improvement in recent years.

Beyond the railway lines lay open fields all the way to the village of Anlaby, apart from a few long-established farms, some grand private houses, and a windmill. This situation remained unchanged until the arrival of the second railway line in this area when the Hull, Barnsley & West Riding Junction Railway built their high level line in 1885. Suburban growth continued during the 1920s and 1930s, particularly following the extension of the Hull boundary in 1929.

This area had a long established sporting link dating back to the establishment of the Hull Races, on the north side of the road, in the early 18th Century. In the early years of the 20th Century sports facilities were also provided on the south side of the Anlaby Road, beyond the two sets of railway lines; this was the site of The Hull Golf Club’s first course. Formed in 1904, they leased the land south of the Anlaby Road for a nine hole course, extended to 18 holes in 1906. Golf continued here until 1921 when the original company was wound up. A new “Hull Golf Club (1921) Ltd” was formed and golf continued until 1924, when a new house and road building scheme forced the club to move to its present site at Kirk Ella. The Imperial Tennis Club was situated between the two sets or railway lines from c.1929, alongside football and cricket grounds that were shown on the Ordnance Survey plan of the area in 1928. The small football grounds here would later be the site for Hull City’s Boothferry Park football ground, which was begun in 1932, but not officially opened until 1946. Hull City continued to play here until 2002 when they moved to the KC Stadium.

The Anlaby Road has always curved north from this point, an indication of its ancient course, probably linking with Calvert Lane to form a route to the villages north and west of Hull. A major road junction and roundabout was formed here, with the construction of Boothferry Road.

During 1936 the Anlaby Road was widened from this point much as we see it today.

The site of the present St Martin’s Church was purchased c.1912 but remained undeveloped until 1928, when a temporary building of wood and asbestos was erected; the surviving Church Hall, of a similar temporary design, was added in 1929. A new and larger church was planned from the early 1930s and after problems with unstable sub-soil that resulted in piles being driven to a depth of 20 feet, work finally commenced in 1938. The foundation stone of the new church was laid on St Martin’s Day (11th November) 1938 and the completed church was consecrated in 1939.

It was designed by R B Craze of the architects Milner & Craze of London, and consists of a nave with narrow passage aisles, a chancel, and a bell-turret at the west end; it also contains a 12th Century font that was rescued from the ruined Benedictine Nunnery at Nunkeeling, and later installed in the local parish church there. When the Nunkeeling church closed in 1939 the font was donated to the new St Martin’s.

Although the address of St Martin’s is actually North Road, it has a large north elevation and gate that opens on to the Anlaby Road. Several surviving detached houses were built to the east of St Martin’s during the 1920s and 1930s, including the former “Automatic Telephone Exchange” buildings dating from c.1928.

Calvert Lane and North Road formed the western boundary of the city, until the boundary was extended in 1929. Around this time many new streets and roads were created to the west, and following the extension, new housing and shops gradually filled the Anlaby Road frontage between the newly constructed streets. The houses and purpose built shops stretch along the frontage in an interesting mix of styles and varying degrees of quality.

Eastfield School was originally built as a combined junior and infants council school, with 400 places, and officially opened in 1930. It took its name from the old field on which it was constructed, in the same way as nearby Eastfield Road. The school was later re-organised into two schools when a separate block was added for the juniors in 1936. In the same year a senior mixed department of 400 places was built, and this became Eastfield High School in 1945. It is now used as a primary school and adult education centre.

The entrance to Belgrave Drive from the Anlaby Road is marked with purpose built shops at either side, similar to North Road.

In the north-west corner of the fields in which Belgrave Drive etc were later built, stood an old windmill known as the Providence Windmill. Providence Mill was a “tower” windmill and was constructed in 1805. Sale notices in the Hull Advertiser show it was sold in 1822, and again in 1823, on both occasions it was listed as a corn windmill. It was shown on the 1826 Ordnance Survey plan, and in 1847 the Hull artist Edward Bannister painted a view of the Anlaby Road showing the mill as a typical four-sail windmill. It was still marked as a corn mill, on the next Ordnance Survey plan of 1853, situated at the corner of the Anlaby Road and an old lane known as “Common East Road”, which ran south to join the Hessle Road. By the time of the next Ordnance Survey plan in 1889, the mill and its associated buildings had gone.

At the turn of the 20th Century the view west, from the corner of Third Lane (Pickering Road), would have been uninterrupted as far as the village of Anlaby; just a few farms and one large country residence, Spring Villa, had been built on this south side of the road. As the Edwardian era began, several new projects were underway on the former farmlands, and as the Hull suburbs grew steadily west, they enveloped many of the older established buildings in the area. 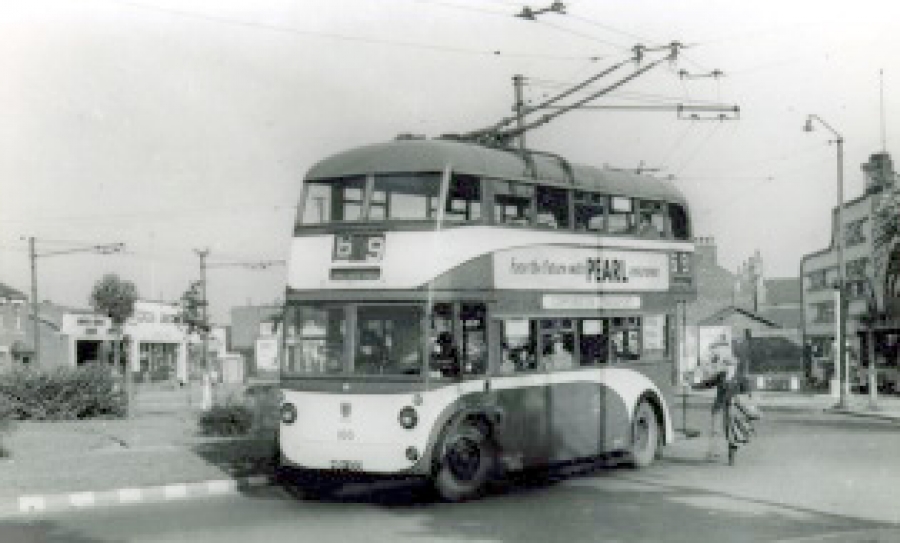 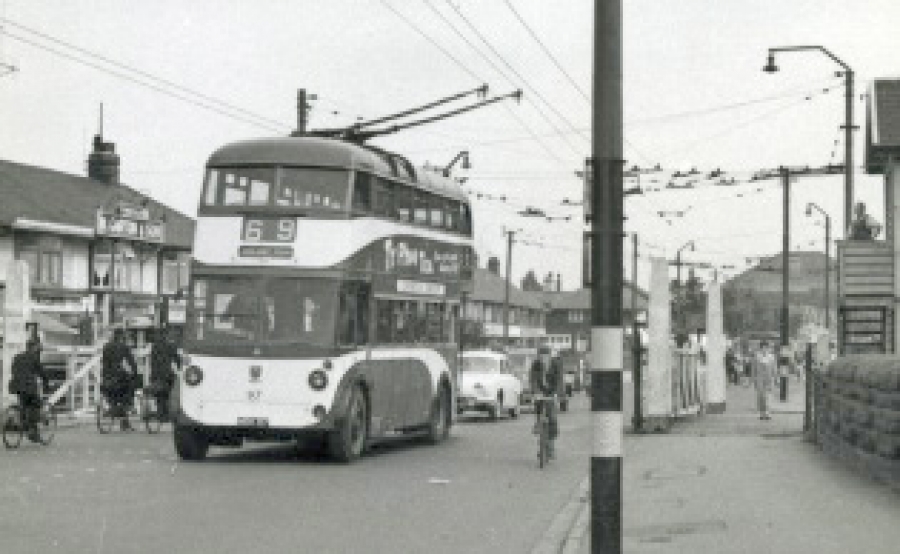 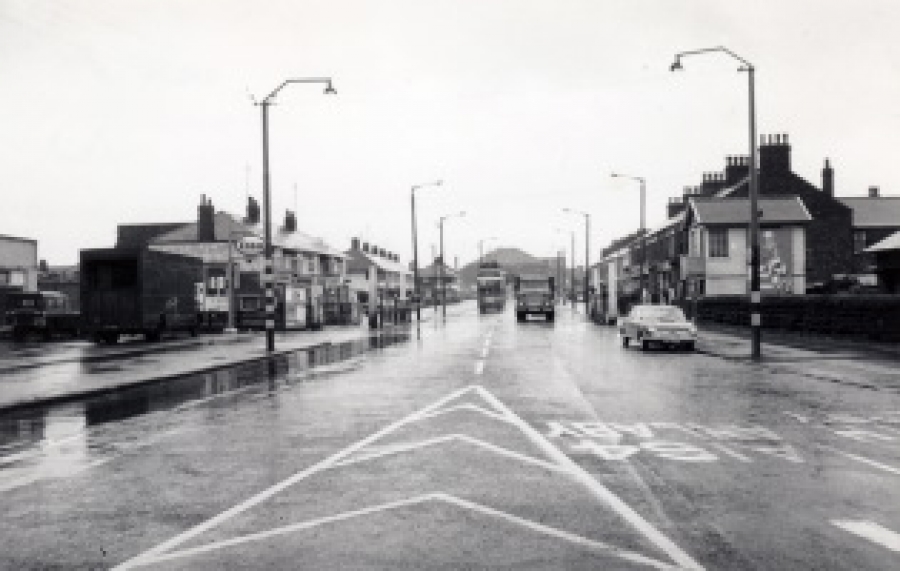