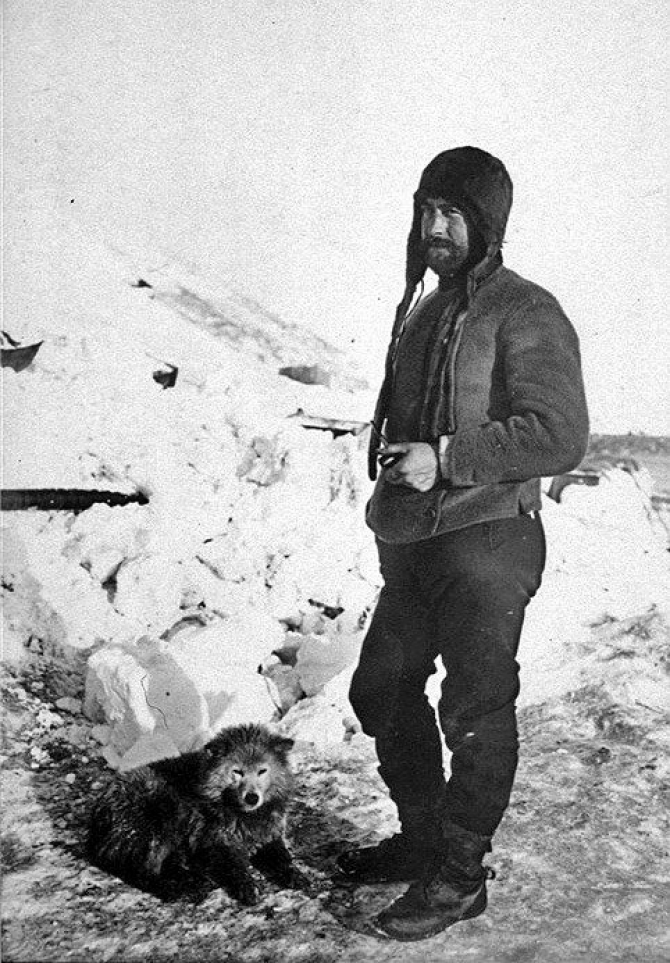 William Colbeck was born on 8 August 1871, in Myton Place, Hull. Educated at Hull Grammar School, Colbeck served a merchant navy apprenticeship between 1886 and 1890, and became a Master Mariner in 1894. In 1989, he was invited by the Norwegian Carsten Borchgrevink, to join the Southern Cross Expedition to the Antarctic. This was the first expedition to overwinter on the Antarctic mainland.

After returning to England in 1900, Colbeck  was given command of the relief ship Morning, which was sent to sent to resupply Captain Scott's Discovery, which was  trapped in the ice at McMurdo Sound in the Antarctic. In January 1904, Colbeck returned with Morning to rescue Scott and Discovery. In a race against time, and with a shift in ice conditions, Discovery was freed and sailed safely home.[5]

After this, Colbeck resumed his job with the Wilson line in Hull. Captain Colbeck became a founder member of the Honourable Company of Master Mariners, and  1930 he was elected President of the Antarctic Club. He died the same year.  His work in the Antarctic was commemorated by the naming of Colbeck Bay at 71°38′S 170°5′E, and Cape Colbeck on the King Edward VII peninsula, at 77°07′S 158°01′W. In 2016, a plaque was installed at Hull Paragon Station, jointly commemorating Colbeck and Alfred Cheetham (1866-1918): 'Two of many Hull seafarers on the ship Morning who participated in the Antarctic expeditions to relieve Captain Scott 1902-1904 and were welcomed by thousands at this station on their return'.

Tuesday 9.30 until 3 pm – Open House - pop in and see us with your queries or research

This project is funded by the generosity of Lottery players. Without those who play the Lottery, this and many other projects simply wouldn’t be possible. Thankyou.