A Brief History of Coltman Street

The Coltman Street conservation area covers approximately 22.5 acres, situated in the St Andrews ward between Anlaby Road and Hessle Road, including a short section of Hessle Road. It contains 11 Listed Buildings and many unlisted buildings of historical townscape value. As of 2019 Coltman Street itself has 200 houses, but approximately 600 residences due to the preponderance of HMO's the properties tend to be altered to - a state that they are well suited to. However, it does mean a large, itinerant population, with shortage in parking facilities.

1748
20th & 21st June - Indenture of lease and release between William Lister, Grace Bielby, Reverend Thomas Wakefield and Thomas Bowman. William Lister, in consideration of £2000 to be paid to him on his coming marriage to Grace Bielby, and the receipt of 10s. from Rev. Wakefield (married to Lister's sister Jane) and John Bowman, released to Wakefield and Bowman - "All those three Closes' and Meadows and Pasture Ground, lying in the Lordship of Myton, within the County of the Town of Kingston upon Hull, and lying near the walls of the said town, containing, by estimation 28 Acres or thereabouts, be the same more or less, and then in the tenure or occupation of Robert Sanderson, together with the appurtenances, And the reversion &c. And all the estate &c..."

1771
John Outram of Kilham and Peter Nevill of Benningholme Grange, both in the county of York, appointed Commissioners for 'An Act for Dividing and Inclosing a certain common pasture called Myton Carr in the Lordship of Myton, in the parish of Holy Trinity, in the town and county of the town of Kingston upon Hull' - 200 acres (less 30 acres of moor and marsh (Great and Little Myton Ings)). ' . . . Commissioners shall either reserve and allot a sufficient way or road to the common pound or pinfold . . .' . . . all public highways or roads so to be set out, shall be of the breadth of sixty feet at the least, between and exclusive of the ditches . . . ' [Wilson-Barkworth Collection]. Walter Strickland and the vicar of Holy Trinity entitled in moieties to the tythes of the carr. Northern end of Coltman Street possibly part of enclosures owned by Thomas Broadly, Goulton or John Jarrett gentleman (abutting onto Anlaby Turnpike). Wold Ings western boundary.

1837
The bend in Coltman Street at the Anlaby Road end marks the point where the field boundaries of Myton Carr converged and altered course. "Wesley Court (1990) is a revival of a former terrace name" [Markham]. Rev'd. Joseph Coltman (born 1775), a Beverley clergyman, died 19th June. The property passed back to his younger brother, Sir Thomas Coltman, a judge, who had originally inherited the land from his half cousin Harriett Green and subsequently named the land 'in compliment to his father'. The Coltmans were a wealthy landowning 19th century family. "The family owned land which was ripe for development at a time when the town was experiencing a massive increase in population and decided that it would be more profitable to turn fields into streets.There is a cornerstone on a wall in Saner Street stating that this is 'COLTMAN LAND'. Coltman street had the finest residences and proudly bore the family name. Bacheler Street honours a family into which the Coltmans married , and King's Bench Street and Queensgate Street were named after Coltman addresses in London".

1983
10th November - Hull City Council informed that Coltman Street had been named a Housing Action Area by the Department of the Environment.

2000
Coltman street 'Village' project initiated by resident and (soon-to-be elected) local Councillor Annie Ryan and local resident Angie Scarr. with the co-operation of the Neighbourhood Watch and local landlords. This website first written for us and hosted by the Webfactory (ITITC).

2002
Citybuild launches consultation with local residents on the future of the area. General agreement that Coltman Street and The Boulevard have a long term future.

Roger Hamilton wins commendation for his work with the Coltman Street Neighbourhood Watch.

2003
November- Film of the mural project made By Hawkshead Video Company shown at Wardens National Conference. Film & Postcard booklet about Hessle road and the mural project including images & poems by local children, published and distributed.

Simon Kelsey and his soon-to-be wife begin their epic conversion of 114 Coltman Street back to a family home. With initial Council funding they are able to make a good start.

There are several properties that have been purchased and restored - some as HMO's, but some as family homes for which the owners can be justly proud. 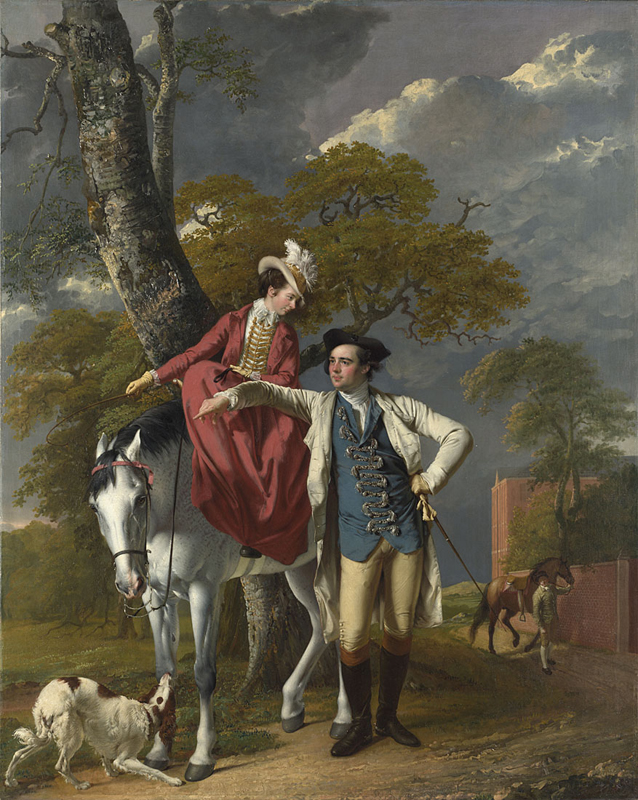 Thomas Coltman (1747 - 1826) of Hagnaby Priory, Lincolnshire, shown in the picture with his first wife Mary Barlow (1747 - 1786), whom he marrid in 1769. The house in the background was Gate burton House in Lincolnshire. Mr Coltman would be the father for whom Sir Thomas Coltman paid homage when naming Coltman Street.

Revd. Joseph Coltman of Beverley (1775 - 19 June 1837), who was said to be Sir Thomas's father, may have been his brother, and this man's elder son by this earlier wife. There needs some clarification on parentage for both Joseph and Sir Thomas.

1843 28 July 1843 Certificate by Sir Thomas Coltman, Knight, one of the justices of the court of common pleas in Westminsteer, that Anne the wife of Arthur Green (as above) had acknowledged an indenture dated 26 July 1843 (DRS36/168 above).

Held by Shakespeare Birthplace Trust, not available at the National Archive.

This is the last Will of me Thomas Coltman

In The Prerogative Court of Canterbury;

In the Goods of Sir Thomas Coltman, Knight dec’d.

Appeared Personally George Martin of No 2 Percy Villas, Woronsow Road St Johns Wood in the County of Middlesex Gentleman and made oath that he is one of the subscribing witnesses to the last Will and Testament hereunto annexed of the said Sir Thomas Coltman late of No 8 Hyde Park Gardens in the County of Middlesex one of the Justices of Her Majesty’s Court of Common Pleas at Westminster Knight deceased bearing date the twenty second day of February one thousand eight hundred and forty two and he further made oath that the said Will was signed by the said deceased at the foot or end thereof in manner as now appears on the day of the date aforesaid in the presence of his appeaser and of James Taylor the other subscribed which thereto being present at the same time and that he and the said James Taylor thereupon immediately attested that names to the said Will as they now appear thereon in the presence of the said deceased and of each other – Geo. Martin – on the sixteenth day of July 1849 the said George Martin was duly sworn to the truth of this Affidavit

Proved at London 20th July 1849 before The Worshipful James Qarlaz Jeane Portoz of Saros and Surrogate by the oath of William Duckworth Esquire the surviving Executor to whom Admon was granted having been first sworn duly to administer. –

This the last Will and Testament of me Thomas Cumines of Flint Hall in the Parish of Newbold Percy in the County of Warwick. 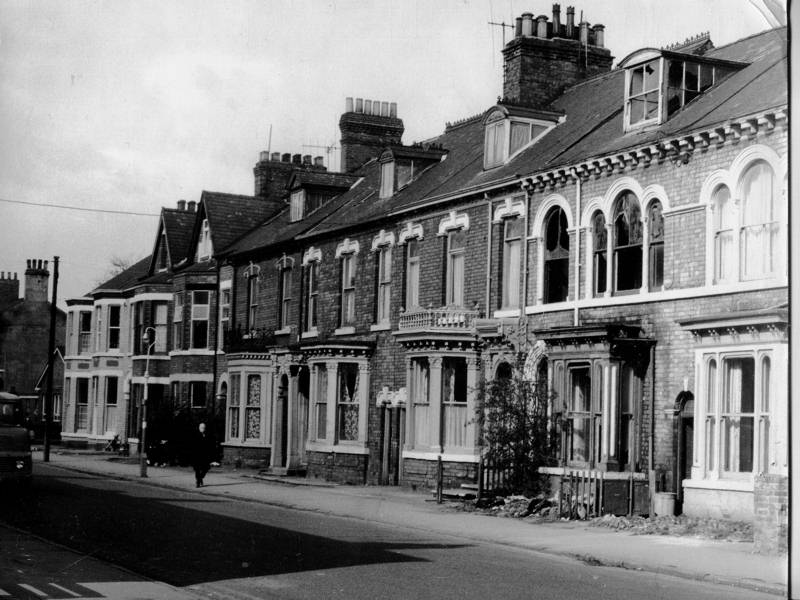 Coltman Street in its hay day.